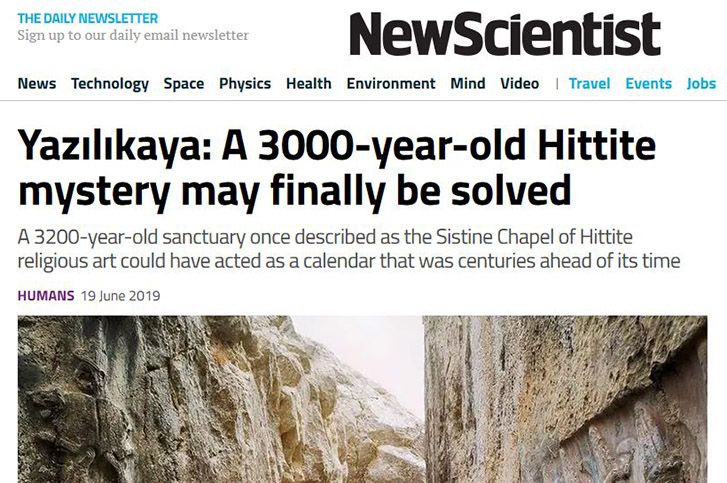 The scientific publication of the new interpretation of the rock sanctuary Yazılıkaya has triggered a number of reports in international media. New Scientist online produced a substantial report including expert interviews. The astrophysicist Juan Antonio Belmonte had discovered the first indications of astronomical use at Yazılıkaya during his 30 yearlong interest in the site. He says: “I had this in front of my eyes, and I was unable to see it.” Belmonte much supported the latest investigation without participating in it. Read the full report here.

Popular Archaeology in the US, Archäologie Online in Germany and arkeolojikhaber.com in Turkey published reports by Eberhard Zangger with background information on the approach that was used during the investigation. Accordingly, it was not a spontaneous idea that the researchers pursued, but years of tedious detail work in which several hypotheses were developed and discarded. Extensive reports were produced by online media in Turkey, such as Hürriyet, halkweb.eu and arkeolojisanat.com. Also, Hiltibold, the portal for archaeology and history buffs in Austria, speaks about the subject. A particularly attractive insight into future forms of multimedia reporting can be found in the Swiss portal for science news: higgs.ch.