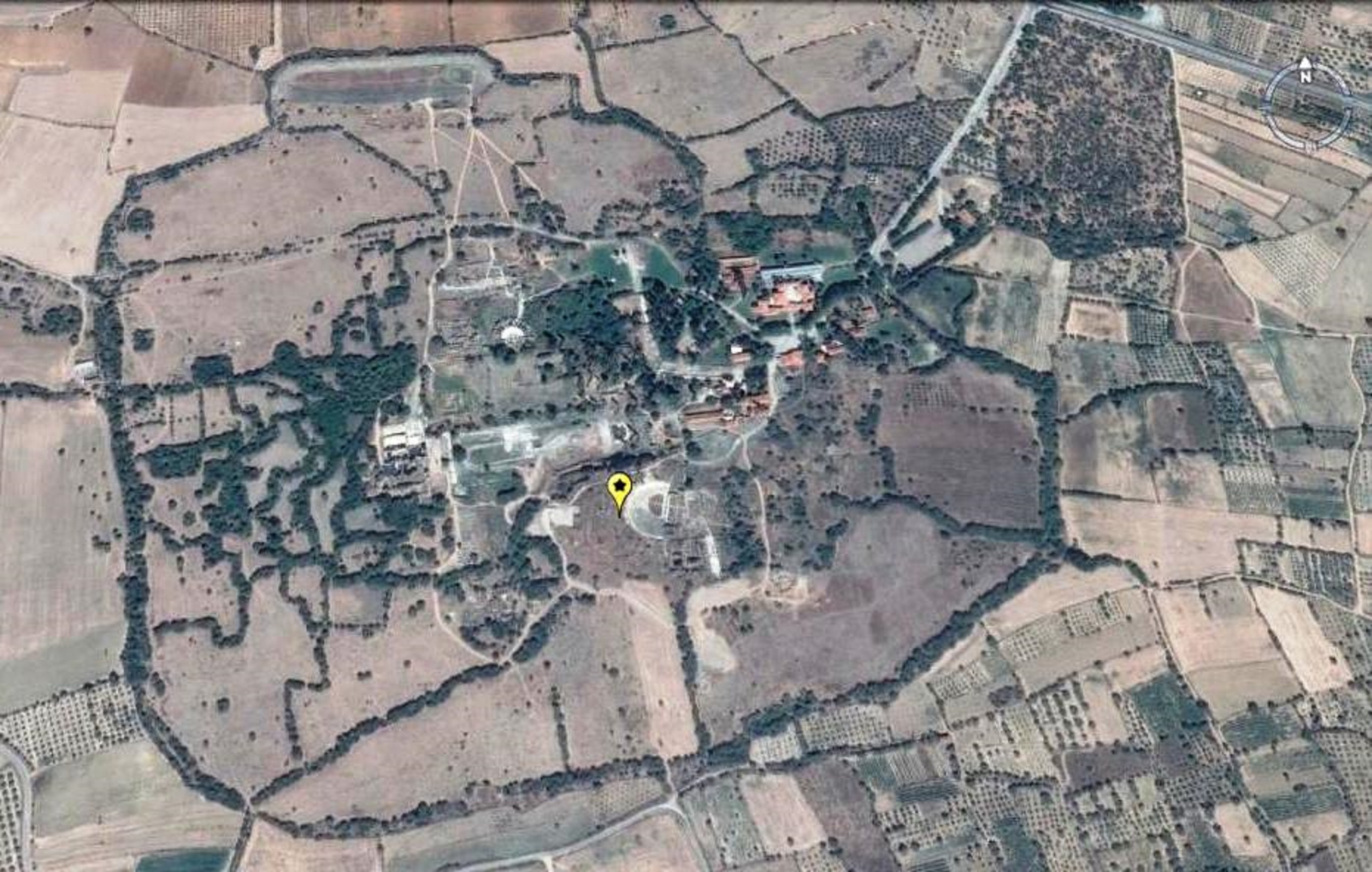 Aphrodisias was a small ancient city in Caria, situated on a plateau near the modern town of Karacasu. The alluvial deposits by the Geyre River, a branch of the Menderes River, produced a fertile plain around the mounds Acropolis Tepesi and Pekmez Höyük. Before it became known as Aphrodisias during the 3rd cent. BCE, the place bore the names “City of the Leleges” (Λελέγων πόλις) and “Great City” (Μεγάλη Πόλις). The first formal excavations began in 1904 and they are still continued today, now led by R. R. R. Smith from Oxford University and Katharine Welch of the NYU Institute of Fine Arts. Bronze Age finds were made in three different places in the vicinity. (1.) Pekmez Tepe (Höyük) lies approximately 100 m east of the acropolis and is about 125 m in diameter and about 13 m high. (2.) The Acropolis Hill is about 125 m in diameter and about 24 m tall. (3.) In a third area, known as Kuşkalesi and located southwest of the acropolis, where Early and Middle Bronze Age has been found.

Martha Sharp Joukowsky did much of the research on the prehistoric material and argues that the site was continuously inhabited from 4360 until 546 BCE. Altogether 13 settlement layers from the late Neolithic (about 5800 BCE) until the Hellenistic have been identified during intensive excavations lasting from 1967 until 1974 and led by initially B. Kadish and then by R. Marchese.

The oldest settlement layers of the Acropolis date to 2700–2600 BCE. The pottery found is quite similar to Beycesultan XVII. A typical Megaron building was in use 2200–1900 BCE. Ceramics found in this layer have similar shapes and colors to those known from Troy and Tarsus. The megaron was rebuilt and re-used 1900–1600 BCE. The Middle Bronze Age architecture of Aphrodosias is highly characteristic. It consists of stone pedestals and wooden laced mud bricks.

Small objects from the acropolis strata of the Early and Middle Bronze Age are similar to those found at other sites in western Anatolia. Marble figurines can be linked by their style to Troy, Beycesultan, Kusura, Yortan and Karatas Semayük. A small number of metal objects, including flat bronze axes, chisels, gold-leaf beads and silver incised bracelets were probably imported since they do not appear in great quantities.