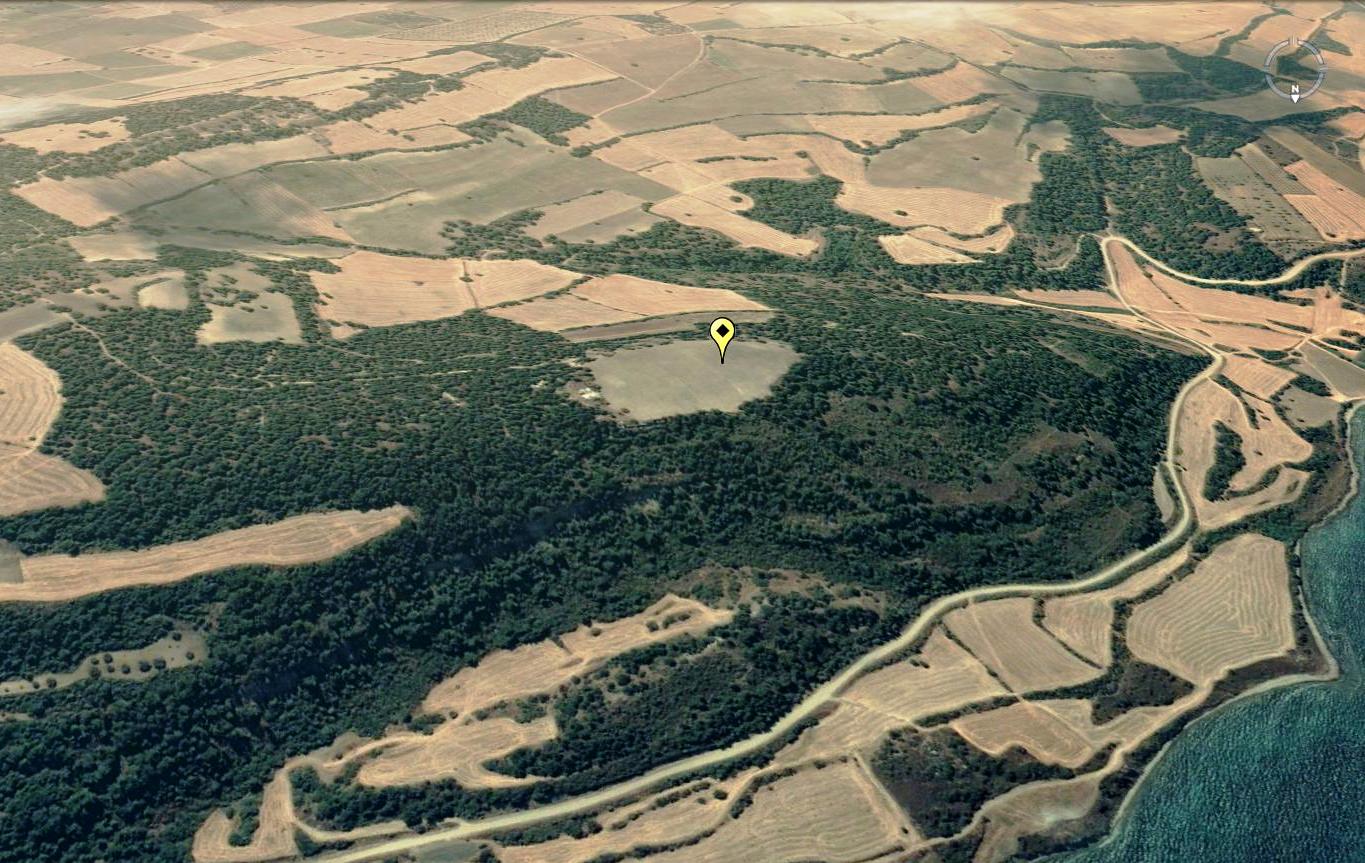 The settlement is located on the southern side of the Dardanelles,

2.5 kilometers west of the village Intepe (Erenköy) near Çanakkale. The place is mentioned in the archaeological literature under various names, including Harap Kale, Eski Kale, Kukumağu Tepe and Tepe Baykus. The most customary name is Rhoiteion or Eski Kale in Turkish. The site lies on a plateau-like hills about 40 meters above sea level. W. Leaf and J. Cook identified this site with the ancient Rhoiteion. Most pottery found dates to the Archaic and Classical period. In 1935, the US-American excavation team at Troy found here pieces dating to Troy VI-VII. J. Cook, however, dated the earliest pottery to 700 BCE.