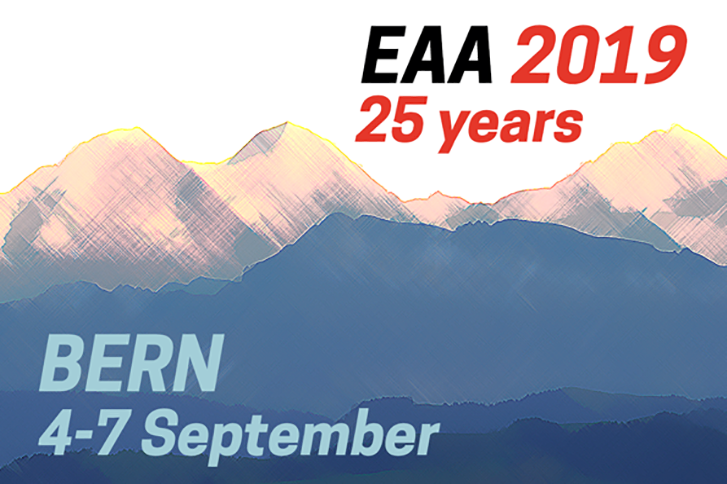 From now until 14 February 2019, proposals for presentations for Session #43 of the Annual Conference of the European Association of Archaeologists (EAA) can be submitted here. The conference will take place from 4–7 September in Bern in Switzerland. The session is entitled: “The political geography of western Anatolia in the LBA, and the region’s interaction with its neighbours, in particular the Balkan”. It is organized by the board members of Luwian Studies Ivo Hajnal, Jorrit Kelder and Eberhard Zangger.

Whilst we know of numerous Late Bronze Age (LBA, c. 1700–1200 BC) sites, including a number of very sizable ones, in western Anatolia, remarkably little archaeological fieldwork has focused on uncovering these settlements and establishing their role vis-a-vis their surroundings. Contemporary texts similarly indicate that the region was of a major political and military importance, and that individual states and federations may have ultimately challenged Hittite hegemony over Anatolia. Yet most text books largely ignore the region’s importance, and consider it as a conflict zone between the two great powers to its west (Mycenaean Greece) and east (Hatti). This session invites presentations that aim to redress this situation. We are particularly interested in papers where evidence from various relevant disciplines, including archaeology, philology, linguistics, and geology/geo-archaeology are combined and compared. The session aims to contextualize the role of western Anatolia during the LBA and the interactions with its neighbours (including Greece, central Anatolia, the Levant, Egypt, Cyprus, and the Balkan), by inviting papers discussing fieldwork results as well as new interpretations of available archaeological and philological evidence. The session aims to present western Anatolia not simply as buffer zone between other regions and states, but as a region with its own socio-political and cultural developments, that was fully integrated in the LBA world.