Equinoxes and Solstices Through Eternity 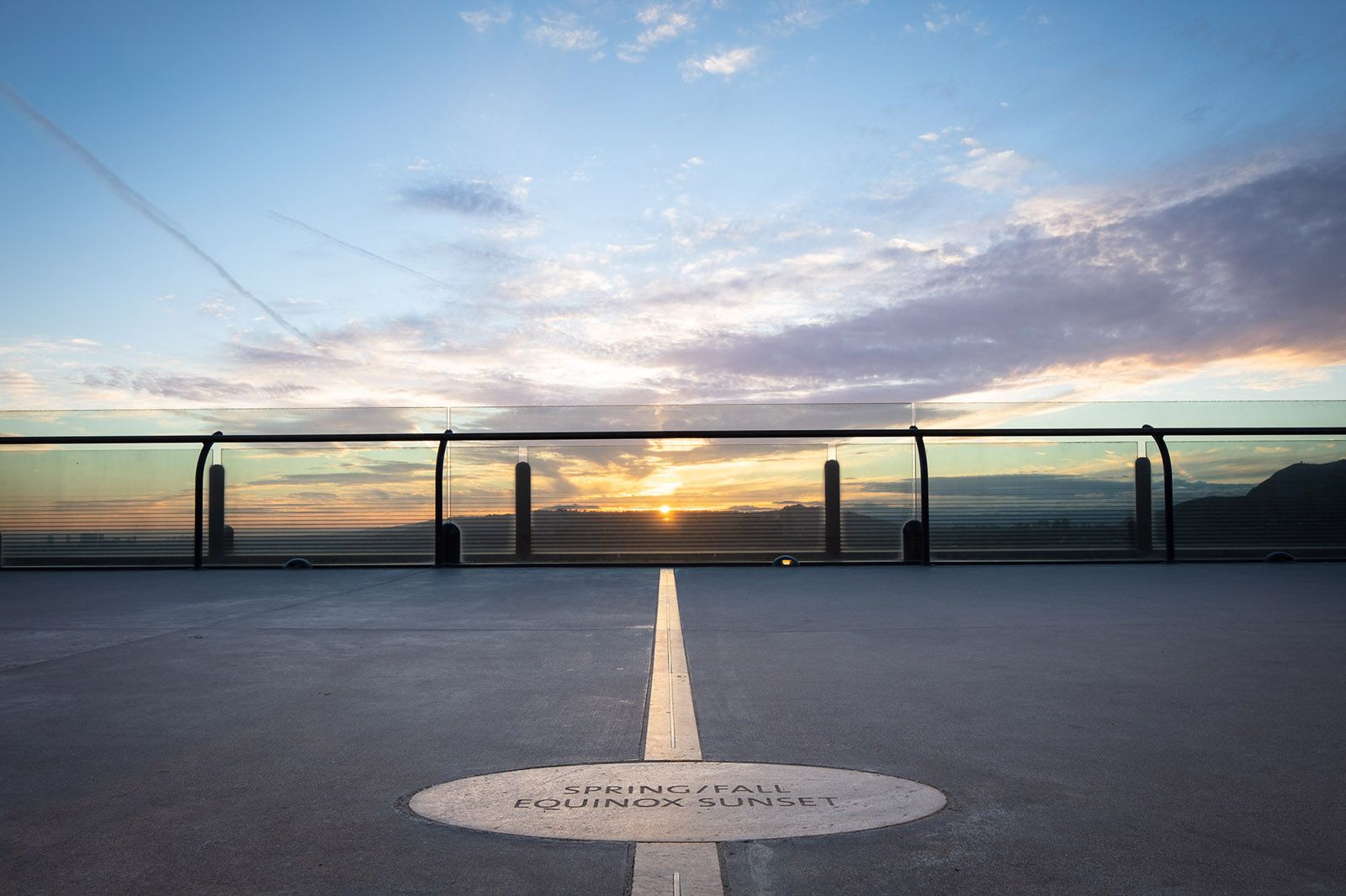 According to astronomical definition, the vernal equinox marks the beginning of spring north of the equator and the beginning of autumn south of it. The direction of the sunsets at the four seasonal turning points (winter solstice, spring equinox, summer solstice and autumn equinox) are marked with lines in the pavement of the Lower West Terrace of Griffith Observatory in Los Angeles.

The two equinox sunsets are merged in the point due west from the Observatory; they are flanked in the photomontage shown in the key visual by the winter solstice sunset in the southwest (left) and the summer solstice sunset in the northwest (right). These solar events reflect the cycle of seasonal change: emergence, growth, decline, dormancy, and renewal. Most peoples have observed this annual cycle for many millennia.

Therefore, these directions play an important role in belief systems and symbolic vocabularies of early cultures as they symbolize the basic elements of the natural order. Architectural complexes such as houses, temples, and even city plans, as well as ceremonies, miniaturize the universe and mirror it on earth by symbolically incorporating traditional principles of cosmic order. Hence, the foundations of many prehistoric and ancient buildings follow these alignments.