Luwian Studies and its Goals 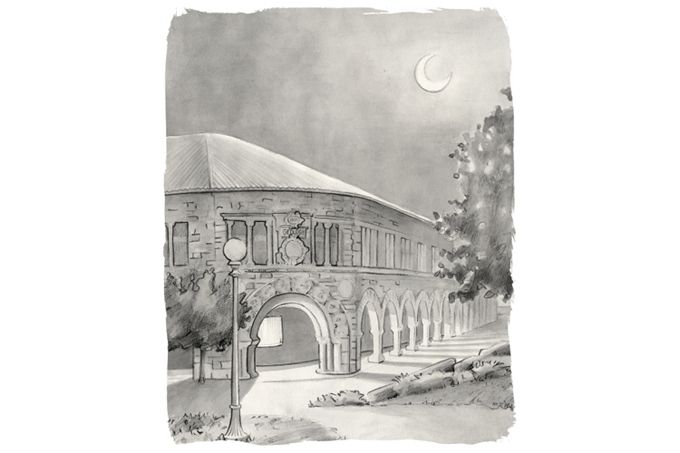 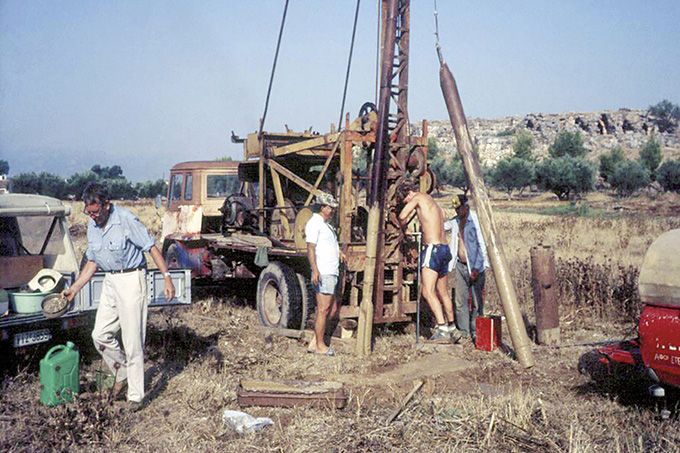 In 1984, in the groundfloor office of Geology Corner in the Old Quadrangle of Stanford University, those geoarchaeological investigations began that led to the founding of Luwian Studies in 2014.
Bore holes close to Tiryns (here in 1985) revealed a Late Bronze Age settlement 5 m under the surface. In the foreground: geoarchaeologist Prof. Tjeerd H. van Andel from Stanford University.

Luwian Studies is an independent, private, non-profit foundation based in Switzerland. The sole purpose of the foundation is to promote the study of cultures of the second millennium BCE in the west of Asia Minor. The core thesis of Luwian Studies is that during the second millennium BCE there must have been a hitherto largely overlooked culture in the west of present-day Turkey. Taking this culture into consideration would result in new interpretation scenarios regarding the chronology of the events at the end of the Bronze Age. The foundation would like to encourage accurate and comprehensive explorations of Luwian settlement sites in order to complete our picture of Aegean prehistory. Those interested in Luwian Studies or even intending to participate actively are welcome.

Luwian Studies is a private, non-profit foundation based in Switzerland and under the supervision of the federal government. It is entered in the commercial register. The sole purpose of the foundation is to promote the study of cultures of the 2nd millennium BCE in western Asia Minor. Since 1991, the research results described have been almost exclusively privately financed. Consequently, the perspectives presented here are completely independent of national interests and research institutions. The foundation aims to encourage politicians and business leaders to stimulate further studies of Luwian sites by archaeologists from Turkey and the rest of the world. Some deep soundings in the right places could suffice to complement the existing understanding of Aegean prehistory – and we have very clear ideas of where to dig. We also encourage Turkish scholars to explore the alluvial plain of Troy west of the citadel in more detail and use physical scientific methods in order to identify hidden remains of the Late Bronze Age city.

The knowledge gap that Luwian Studies aims to close evolved over time and may have formed as a result of the former polarization between Europe and the Ottoman Empire. Archaeology as a scientific discipline constituted itself at a time when Europe was competing against the then-powerful Ottoman Empire. Three generations after the collapse of the latter, those memories have faded. Existing gaps in knowledge are now opportunities for future generations. A number of specialists in Aegean prehistory and Ancient Near Eastern Studies have previously argued that a large hitherto unnoticed culture must have existed in western Turkey during the 2nd millennium BCE. All the same, the many indications pointing towards the existence of a Luwian culture have never been systematically pursued.

Disciplines that study the past are divided by geographical or linguistic regions (Egyptology, ancient Greek, Ancient Near Eastern Studies, etc.), time periods (prehistory, ancient history, etc.) and content (architectural history, philology, art history, etc.). For over a century, there has been a trend in science towards greater specialization. The more specific the observation, the more accurate its scientific merit. The focus on details, however, makes it harder to recognize large patterns. In order to reconstruct complex chains of events, the compartmentalization and focus of one’s own area of expertise needs to be overcome.

The president of Luwian Studies, Dr. Eberhard Zangger, is a geologist and since 1982 has specialized in scientific investigations on archaeological sites in the eastern Mediterranean. The reconstruction of the historical interrelation between human interaction and landscape development has been called geoarchaeology since the 1970s. As part of his scientific work at Stanford University in the U.S. and at the University of Cambridge in the U.K, Eberhard Zangger has reconstructed landscapes in the vicinity of Late Bronze Age palaces including Iolcus, Mycenae, Tiryns and Pylos. A selection of his scientific publications can be found here.

On this website Luwian Studies offers a comprehensive overview of what might have happened at the end of the Bronze Age. This reconstruction is based on three decades of field experience on archaeological sites in almost all the countries around the eastern Mediterranean. In addition, over eight thousand scientific publications have been considered. A selection of the most important ones can be found here. Based on this information we are able to provide a tentative chronology for the end of the Bronze Age.

NOW IT IS YOUR TURN

There are a number of ways to become actively involved in Luwian Studies, should you be interested. If you are a journalist or a scientist and intend to write about this subject but require more information on certain aspects, please contact us. We will be happy to provide you with additional information that is beyond the scope of the website. If you would like to contribute suggestions, insights or corrections, please get in touch. If you are a scientist and have an idea for a research project that you would like to realize within the framework of Luwian Studies, please contact us. If you are a politician, please support our goal to permit archaeologists to carry out a number of deep soundings in western Turkey. If you are a business leader or independently wealthy, you may support Luwian Studies financially.