Hittite cosmology across the globe 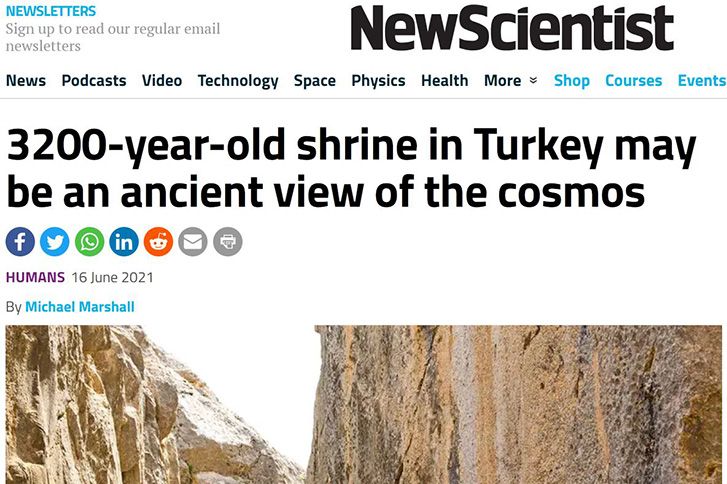 The publication of the latest article in JSA on cosmic symbolism in Yazılıkaya was accompanied by easy-to-understand summaries written by the scientists who contributed to the study. The online newsletter Ancient Near East Today (ANEToday) published an extensive article by E. Zangger and EC Krupp in which the core theses of the new model are presented to a wider audience. This summary also appeared in German on www.archäologie-online.de. In addition, media coverage extends appeared around the world, with an article by Michael Marshall for New Scientist breaking the news. In many countries, including Thailand and Australia, the news was picked up early on. In Turkey, arkeolojikhaber reported in detail.