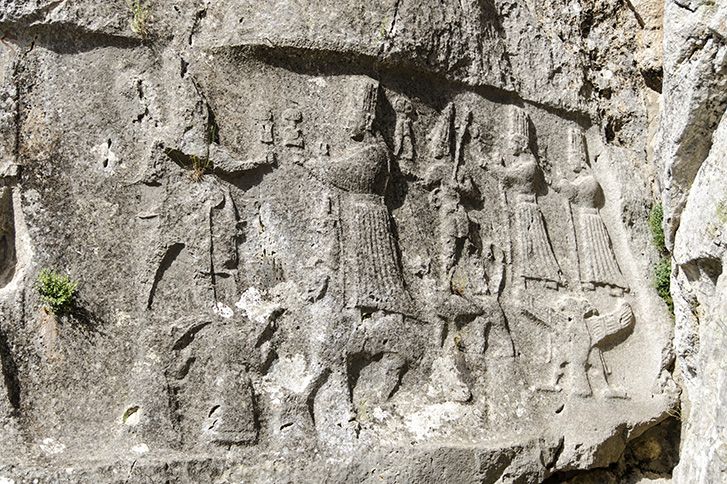 The Journal of Skyscape Archaeology (JSA) today published a major scientific article about cosmic symbolism at the Hittite rock sanctuary Yazılıkaya near Hattusa. Accordingly, the sanctuary in its entirety represents a symbolic image of the cosmos, including its static levels (earth, sky, underworld) and the cyclical processes of renewal and rebirth (day/night, lunar phases, summer/winter). Static levels and celestial cyclicities are emphasised throughout the sanctuary. Every single relief relates to this system. This explanation resulted from several years of intensive research. In the course of this inquiry, the geoarchaeologist Eberhard Zangger, President of Luwian Studies, and Rita Gautschy, archaeologist and astronomer at the Institute for Archeology at the University of Basel, realized that many of the figures at Yazılıkaya indicate the moon phases and the time of the solar year. The researchers first published this interpretation two years ago in a scientific article which had also appeared in JSA. The subsequent investigation concentrated on the symbolic meaning of the shrine as a whole; it also involved – in addition to Zangger and Gautschy – E. C. Krupp, Director of the Griffith Observatory in Los Angeles, and Serkan Demirel, ancient historian at the Karadeniz Technical University in Turkey. The scientific publication is published simultaneously in English and Turkish as “gold open access” and thus may be freely downloaded and shared.