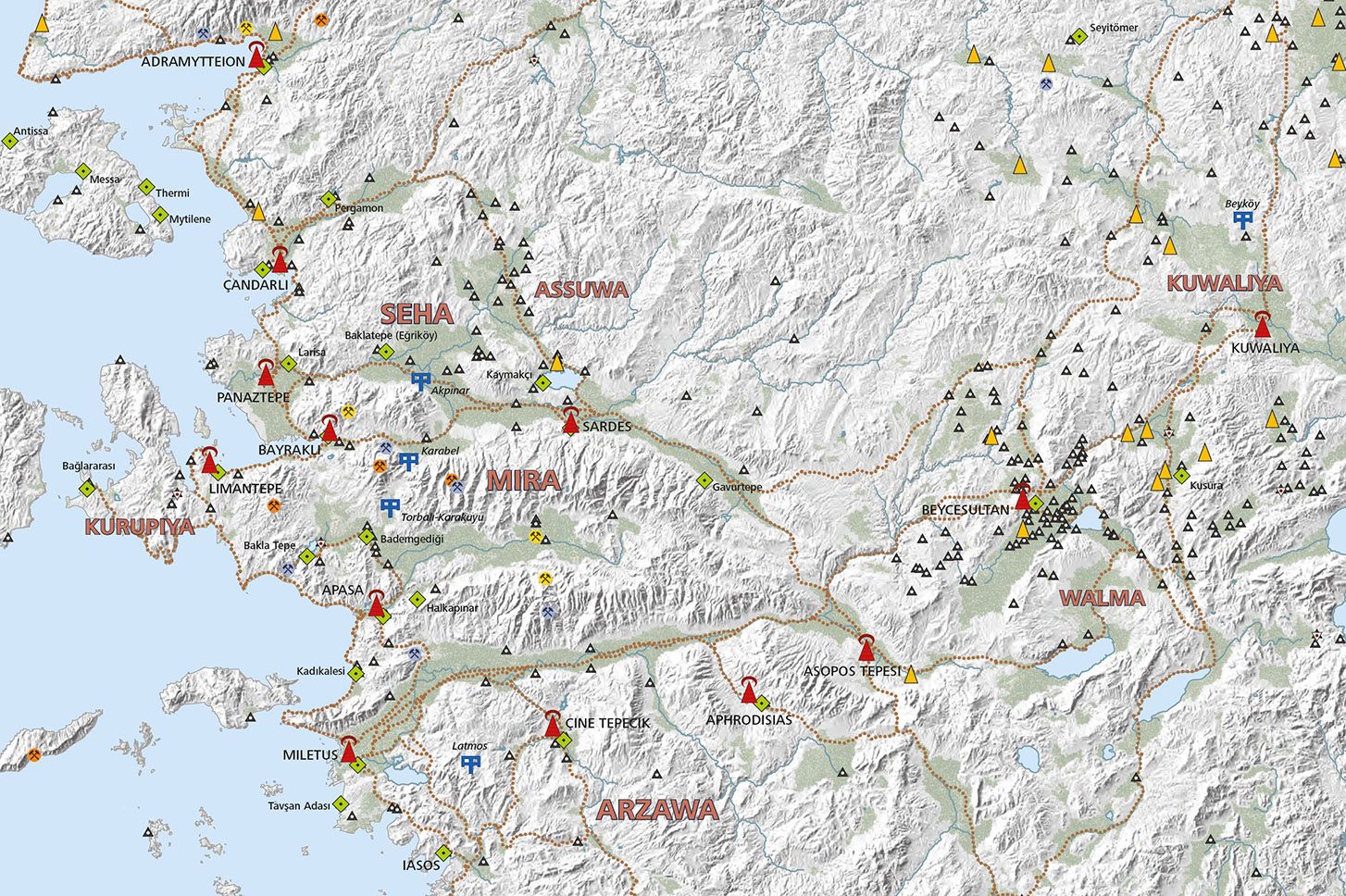 The EAA proceedings which appeared today include a 140-page paper by Eberhard Zangger, Alper Aşınmaz and Serdal Mutlu entitled: “Middle and Late Bronze Age Western Asia Minor: A Status Report.” The researchers evaluated the results of 33 excavations and 30 archaeological surveys in western Turkey and, on this basis, identified 477 large settlement sites that were inhabited for at least 1000 years, and in some cases for as long as 5000 years. The scientific publication contains a folded topographic map (320 × 464 mm) indicating the locations of the ancient settlements. Using a Geographic Information System (GIS) and taking into account 30 physio-geographic factors for each of the Middle and Late Bronze Age settlement sites, the researchers were able to determine which factors were considered in site choice. Proximity to fertile farmland and availability of drinking water were particularly important. One third of the settlements were located less than four kilometers from a possible road. Ore deposits are abundant in the region, but their location did not influence the settlement pattern. Until now, western Asia Minor was considered politically and economically insignificant during the Middle and Late Bronze Ages (2000–1180 BC). The new investigation now confirms the theory already presented in 1994, according to which Western Asia Minor in the second millennium BC was dominated by Luwian culture – with its own language and script.