„Myths and Metals“ by Jörg Mull 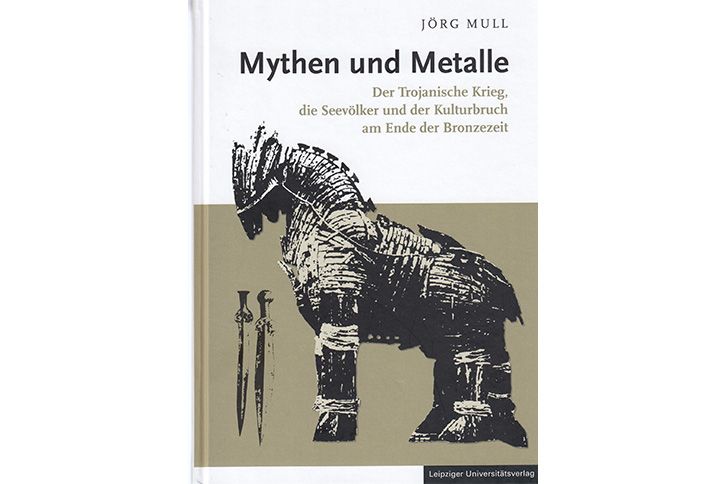 Dr. Jörg Mull’s (German) book Myths and Metals – The Trojan War, the Sea Peoples and the Cultural Incision at the End of the Bronze Age presents a comprehensive analysis of the literature about the subjects outlined in its title. The author’s neutral perspective is refreshing – he does not adhere to any of the prevailing schools of thought. Hence, the ideas of the Dutch linguist Fred Woudhuizen are often a point of departure for Jörg Mull’s investigation. As a pragmatist with economic experience, the author concludes that metal trading in the Bronze Age depended on functioning supply chains, just as it does today. In search of explanations for the abrupt end of the Bronze Age, Jörg Mull distinguishes between the two main models depending on the origin of the Sea Peoples. According to the Adriatic Theory, the Sea Peoples can be derived from the Urnfield culture. They proceeded via the Balkans to Italy and Greece. The Asia Minor Theory, on the other hand, locates the homeland of the Sea Peoples in western Anatolia. Although Jörg Mull’s book appears in many respects (including its subject, approach, composition, and illustrations) as a continuation and update of Eberhard Zangger’s Ein neuer Kampf um Troia from 1994 (from which the author frequently quotes), Mull actually traces the Asia Minor Theory back to much earlier researchers, such as August Strobel and William Albright, or to much later ones, such Heike Sternberg-el Hotabi or Manuel Robbins. The more than 300-page treatment will help anyone who is looking for an overview of this complex topic – and not afraid to take ancient myths into account. In the end, the author arrives at the conclusion that the arguments speak in favour of the Asia Minor Theory. – The book was published in 2017 by Leipziger Universitätsverlag, it comprises 305 pages and has the ISBN 978-3-96023-106-0.