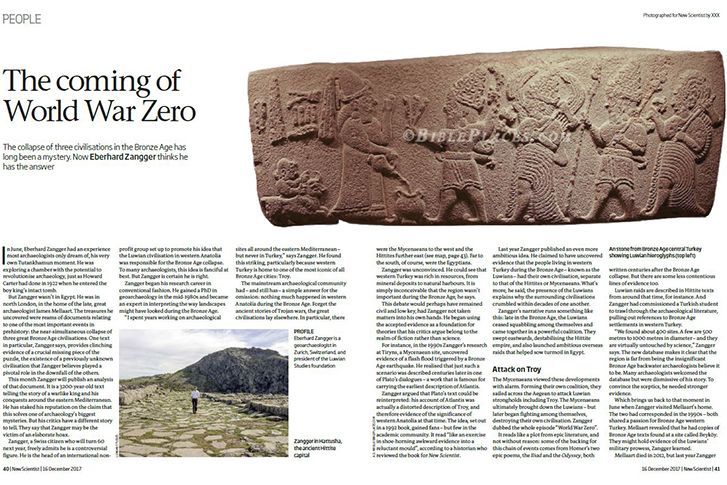 “How World War Zero wrecked three Bronze Age civilizations” – this is the title of a four-page article in the popular science journal New Scientist. The rediscovery of the Luwians, in particular the longest Luwian hieroglyphic inscriptions dating to the Bronze Age, is one of the topics in the issue of 16 December 2017.

At the same time, a large interview with the president of the foundation Luwian Studies appeared in Hiltibold, the Austrian news portal for history buffs. The Turkish-language press also uses the scientific publication of eight hieroglyphic documents and fragments in Talanta for extensive reports on the Luwians.