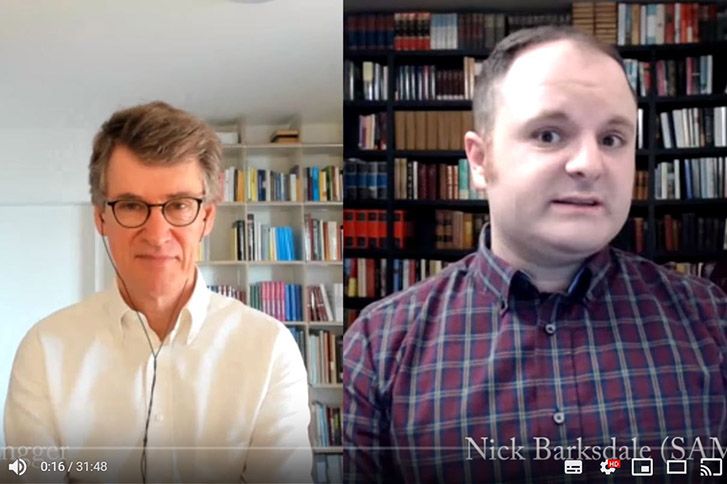 “The Study of Antiquity and the Middle Ages” (SAMA) is a video interview channel on YouTube operated by Nick Barksdale from Oklahoma. Regardless of the name of this program, Nick Barksdale places an additional thematic focus on the end of the Bronze Age in the Eastern Mediterranean. In this context, interviews were recently produced with Dr. Fred Woudhuizen on the ethnicity of the Sea Peoples and with Dr. Eberhard Zangger on the Luwians and Luwian Studies.

Zangger responded to questions such as: How did the cultural demise at the end of the Bronze Age come about? What do we know about the Sea Peoples and their raids? Who were the Luwians? Where did they live? What was the relationship between Hittites and Luwians? What role did the Luwians play in the Trojan War? Were the Trojans Luwians? What is ghe foundation Luwian Studies doing and what are the latest discoveries in this field?