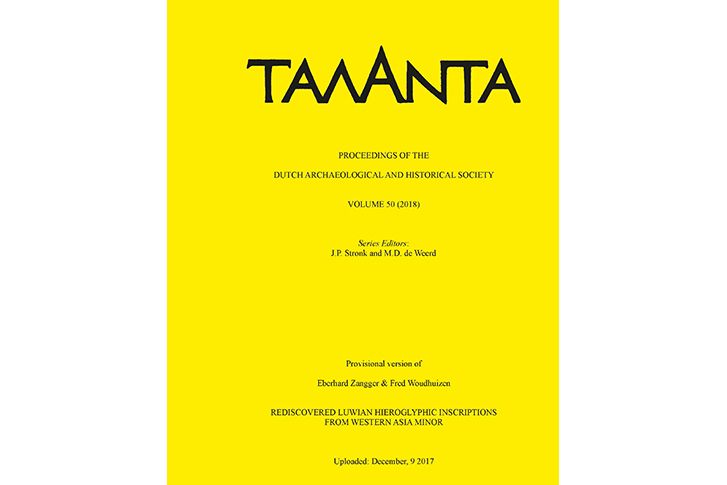 The scholarly publication of the longest Luwian hieroglyphic inscription from the Bronze Age is now available for free download. It was published online by Talanta – Proceedings of the Dutch Archaeological and Historical Society and can be downloaded here: https://luwianstudies.academia.edu/EZangger

The paper, authored by Swiss geoarchaeologist Eberhard Zangger and Dutch linguist Fred Woudhuizen, includes transcriptions, translations and commentaries not only for the large document from Beyköy, but for a total of eight Luwian hieroglyphic inscriptions more than 3000 years old. This considerably increases the number of signs of this long-forgotten Bronze Age script transmitted to date.

The publication was preceded by a fierce scholarly dispute. In their article, Zangger and Woudhuizen provide an assumption why certain experts question the credibility of the documents. All transcriptions of Luwian inscriptions that have appeared in recent decades would have to be re-examined – because of a single sign that was most likely misinterpreted for decades. From 1931 to 1973 the sign LH 376 had been interpreted as an expression for the vowel i. Then the English linguist David Hawkins suggested that it has to be read as zi – and this model of transcription succeeded. In 2004, Fred Woudhuizen was able to demonstrate that the LH 376 sign must in fact be read partly as i and partly as zi – it is polyphonic. The rediscovered inscription from Beyköy now confirms this interpretation.