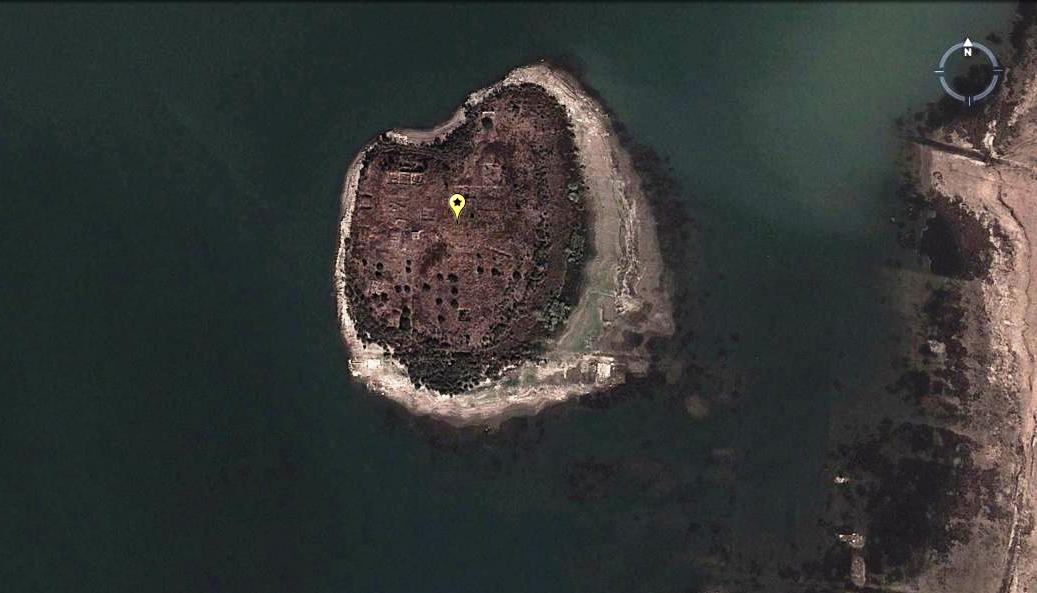 The site of Bakla Tepe is located on what is today a small island on the southern side of the lake built by the Tahtalı in the district of Menderes near Izmir. The tell was excavated from 1995 to 2001 by the team from Liman Tepe and the Archaeological Museum İzmir. Five settlement layer were identified. The earliest habitation dates back to Chalcolithic; it is followed by Early Bronze Age I and II, Late Bronze Age and Roman-Byzantine. The Late Bronze Age is so far only represented by two chamber tombs, dating to the 13th cent. BCE according to Hayat Erkanal. A large number of imported painted Mycenaean pottery was found, including kylixes, together with locally made pottery.