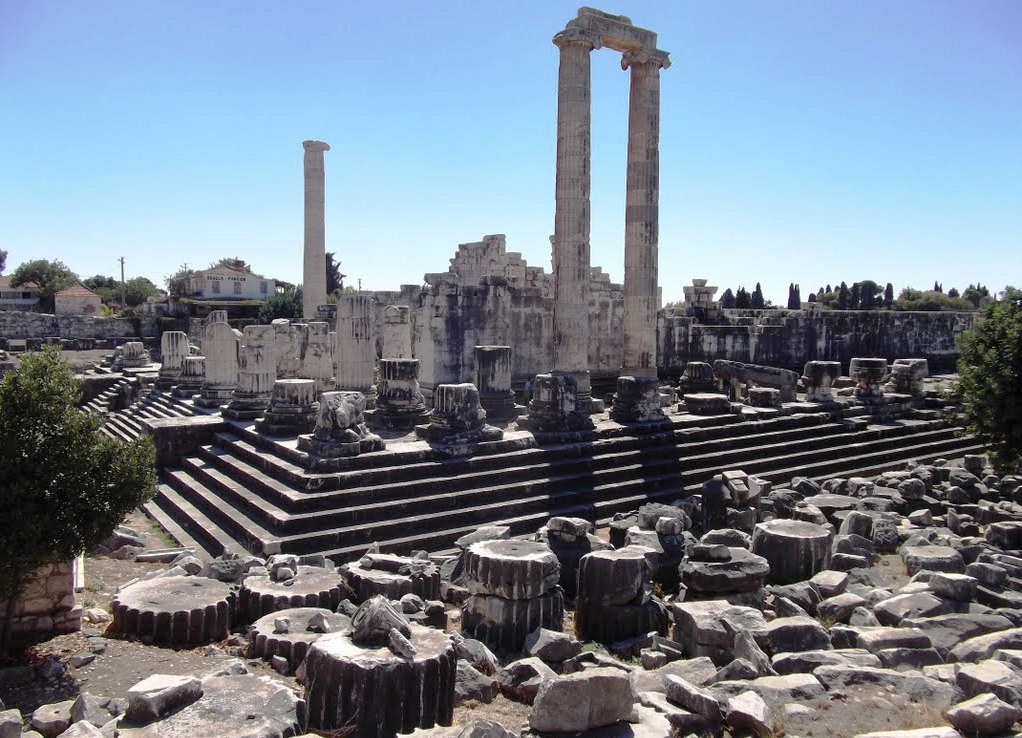 Didyma, the famous pilgrimage city of Apollo, is located on the coast about 17 km south of the ancient city of Miletus in the province of Aydın. The two places were connected by a sacred road in ancient times.

A large temple for Apollo was erected here and actively used between Archaic and Late Roman times. Thomas G. Schattner argued that a Mycenaean kylix fragment dating to LH III A 2-late would indicate use of the temple district during the 2nd mill. BCE.