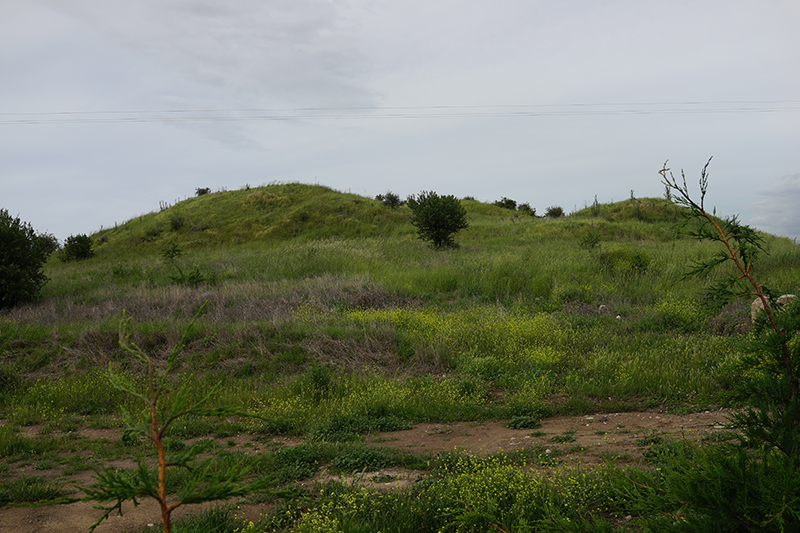 Hanay Tepe is located 7.5 km southeast of Hisarlık, just west of the village Taştepe in the district of Ezine. Along the southeastern edge of the tell runs the Kemer Su, a stream that has been equated with the ancient Thymbros. The site was first excavated by Frank Calvert in 1853, at the time it was the first systematic excavation of a stratified site. Financial support from Heinrich Schliemann permitted Calvert to continue excavations in 1878–79. According to Calvert, the settlement consists of three principle horizons: B at the bottom, C in the middle and A on top. Calvert correlated the lowest stratum (B) with Troy I/II, stratum C with Troy VI/VII and stratum A with a long period from Archaic to Byzantine times. Calvert said that the settlement was surrounded by a protective wall. Ceramics from stratum C dates to the 2nd mill. BCE and is for the most part wheel-made. Some hand-made ware occurs as well. No forms dating to Troy VII were found. Apparently the settlement was abandoned at the end of Troy VI.