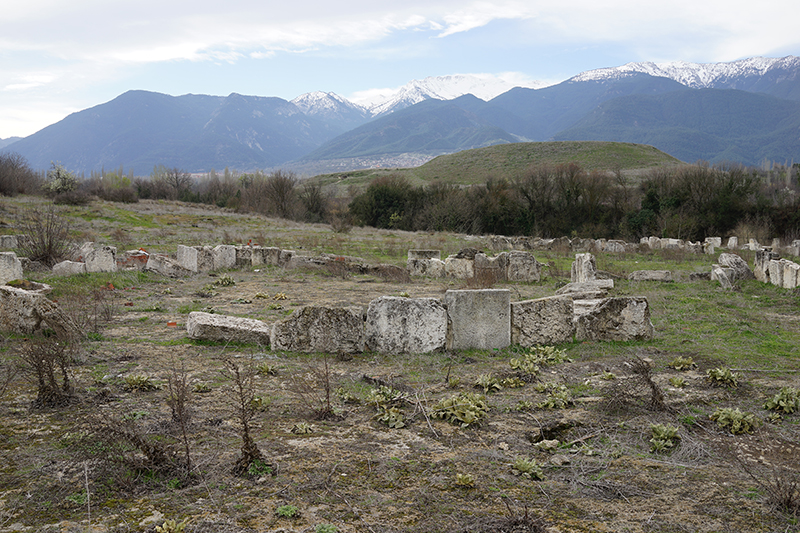 Kolossai was in ancient times a substantial city on the border between Phrygia and Caria. The tell, now called Honaz Höyük, is located 3 km north of the town Honaz (Chonai) and 20 km east of Denizli in the fertile Lycus valley south of the Meander.

The Museum of Denizli has excavated three Hellenistic grave mound in the city’s necropolis. No other excavations have been made so far. Surface finds indicate uninterrupted habitation from the Late Chalcolithic to Byzantine period. Middle and Late Bronze Age ceramic exhibit red, brown and light brown colors.