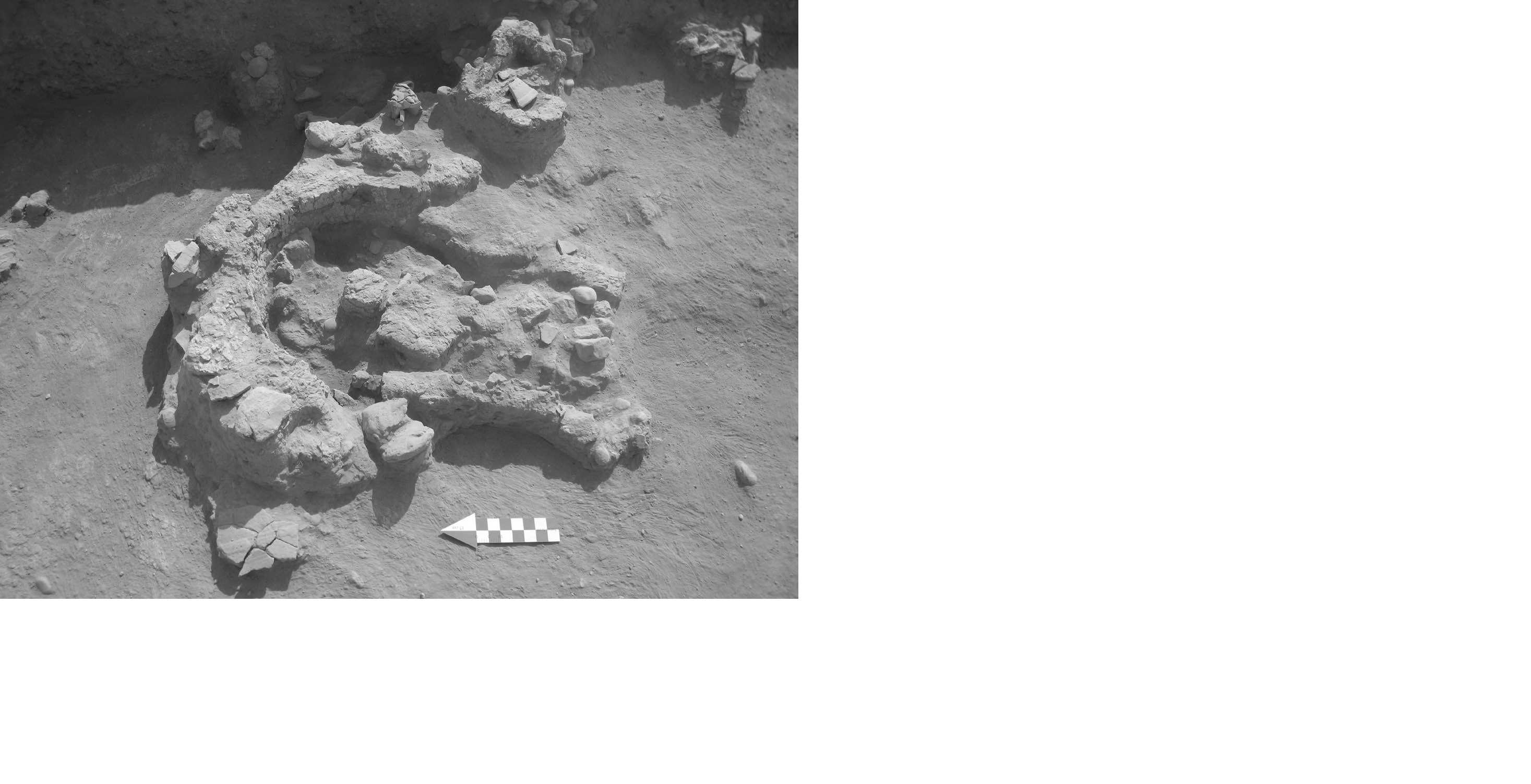 Laodikeia lies about 6 km north of the city of Denizli in the valley of the river Lycus (today Çürüksu Çayı), a tributary of the meander. Systematic excavations in Laodicea began in 2002 and still continue. Prehistoric remains have been found in the area of the western necropolis and at Asopos Tepesi. Excavations aiming at prehistoric strata began at the Asopos hill in 2006. The hill is a tell about 2.1 ha in size and was divived into two halfs throught he construction of a road in Roman times. A total of seven phases of habitation have been distinguished so far. Middle and Late Bronze Age settlement layer were severly damaged by constructions during Hellenistic and Roman times. A Late Bronze Age pottery kiln was found. Most of the pottery is painted Anatolian Ware with goldwash. Most forms are thin-walled and flattened bead-rim bowls and beak-shaped jugs and kantharos fragments.