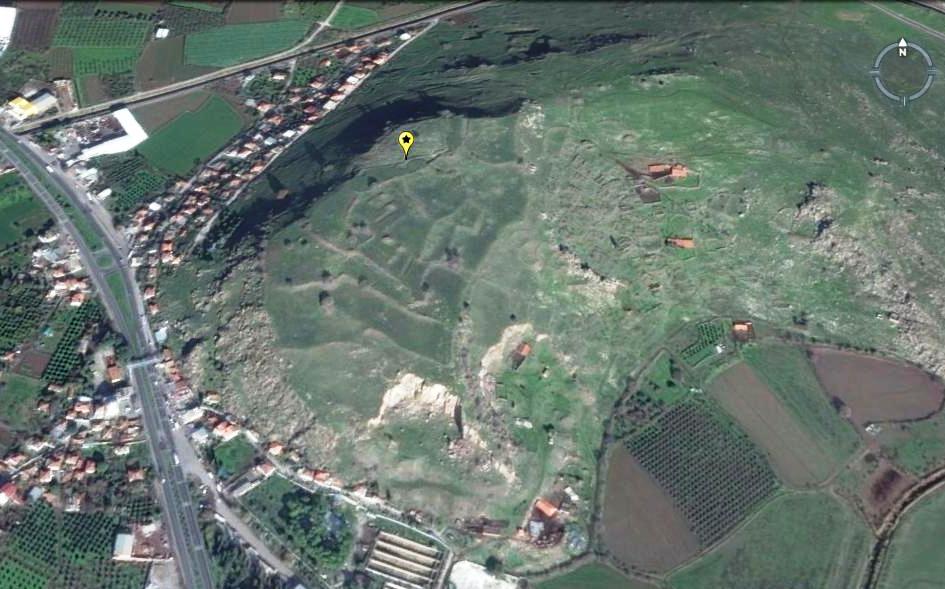 Larisa is located 28 kilometers north of the city of Izmir, in the district of Menemen, on a knoll towering the village Buruncuk. The ancient ruins lie on spur that is projecting into the floodplain of the Hermus River. The settlement has been excavated by Germans and Swedish archaeologists 1902–1934. The excavators identified three distinct levels prior to the Greek conquest in the 8th cent. BCE. Beneath the Greek temple, foundations of a rectangular building were found. Associated tools and ceramics indicate an Early Bronze Age date. Fortification walls of 1300 m length including defense towers and a sizeable cult compound comprise the second stratum that dates to the pre-Greek habitation. Masonry and ceramics are comparable with Troy VI and VII. Vessels were carefully wheel made with a yellowish, reddish or white polish. Animal images on vessel handles are reminiscent of the red polished ceramics at Boğazköy. The third pre-Greek level continues after the levels that are similar to Troy VI and VII and continuous with little change until the Greek conquest in the 8th cent. BCE. No Greek pottery was found predating 800 BCE. During the 6th cent. BCE, the city was rebuilt by a new population. A temple on a terrace, a megaron and the so-called Old Palace are the oldest buildings of this period. A New Palace was built during the 4th century BCE. The city of Larissa is mentioned by Herodotus (Historia 1.149), Pliny (Naturalis historia 5.30.32), Aelius Aristides (51.27.2).