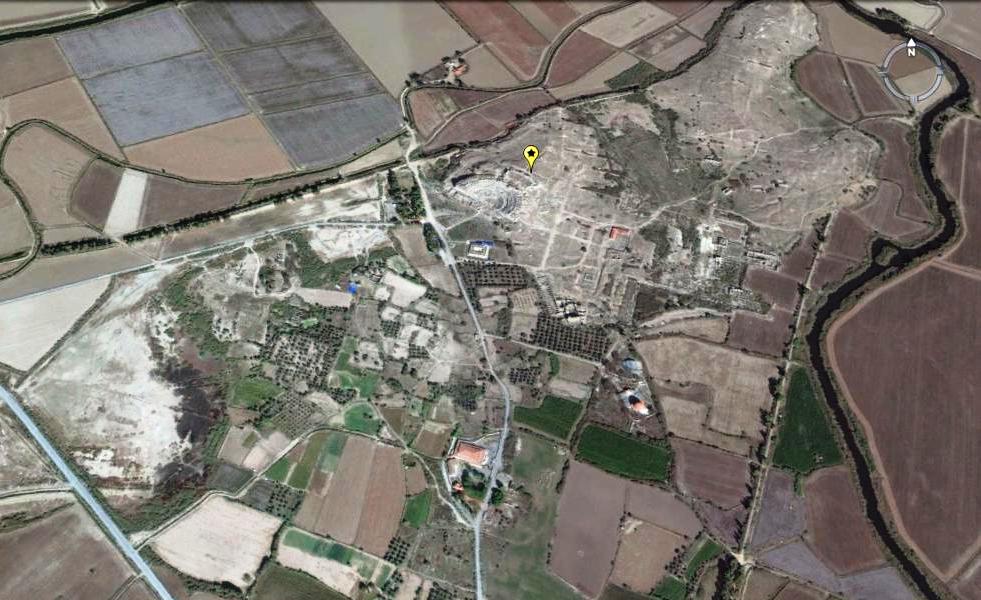 The famous Classical archaeological site of Milet is located 17 km north of the town of Didim in the district of Aydın. The site has been inhabited at least since the Late Chalcolithic. At that time, the landscape looked quite different, since the sea extended more than 20 km into today’s valley of the Meander River. Thus, Milet was isolated and exposed on a promontory that could only be reached by sea or through a winding inland route.

The Late Chalcolithic (4500-3000 BCE) is recorded through storage pits. According to the finds, the place appears to have served as a link between the Aegean and the Anatolian spheres already back then. Milet II (3000-1900 BCE) produced the earliest evidence for cult practices at this location. Milet III (from 1900 BCE) exhibits a strong Minoan component. The majority of the pottery, however, continues to be locally made and is characteristic of southwestern Asia Minor. The Anatolian Red Ware from the site resembles the Middle Bronze Age material culture known from Beycesultan. Milet III was destroyed around 1800 BCE.

The fourth distinct phase of habitation extended from c. 1700 to 1490/50 BCE. Again, imports of Minoan fine ware occur, but the majority of the undecorated material made of local mica-rich clay. A sanctuary containing an altar made of mudbrick was found in this level. Storerooms contained jars filled with commodities for ritual feasts. Minoan seals and vessels containing Linear A script point towards a Minoan administration system. The former excavator Wolf-Dietrich Niemeier sees a distinct Minoan character in Milet IV. This settlement phase saw two destructions, the first one occurred during the second half of the 17th cent. BCE and – according to Niemeier – coincided with the eruption of Thera. The second destruction occurred in the form of a conflagration at about the middle of the 15th cent. BCE (Milet IVb).

Milet V (c. 1450-1300 BCE) exhibited a pronounced Mycenaean character. Decorated LH IIIA ware and even undecorated pottery is Mycenaean. Anatolian Red Ware make up only 5% of the total material culture, according to Niemeier. Milet V fell victim to a massive conflagration which might be correlated to the attack of the Hittite Great king Mursili II and his troops. The city that was built after the destruction appears to have been quite extensive. A fortification wall was erected around 1200 BCE, resembling that of Troy VI-VIIa, in an architectural style known from other Anatolian/Hittite places. The architecture of regular buildings as well as the whole material culture appears to have been Mycenaean. Mycenaean cults were practiced: graves reveal typical Mycenaean goods such as pottery, jewellery and weapons. A Luwian inscription on a crater indicates Anatolian influence. Milet VI was destroyed during the early 12th cent. BCE. However, the people returned to their homes and re-erected them – while leaving the fortification wall collapsed. Wolf-Dietrich Niemeier see no interruption in habitation between the Bronze and the Iron Age.