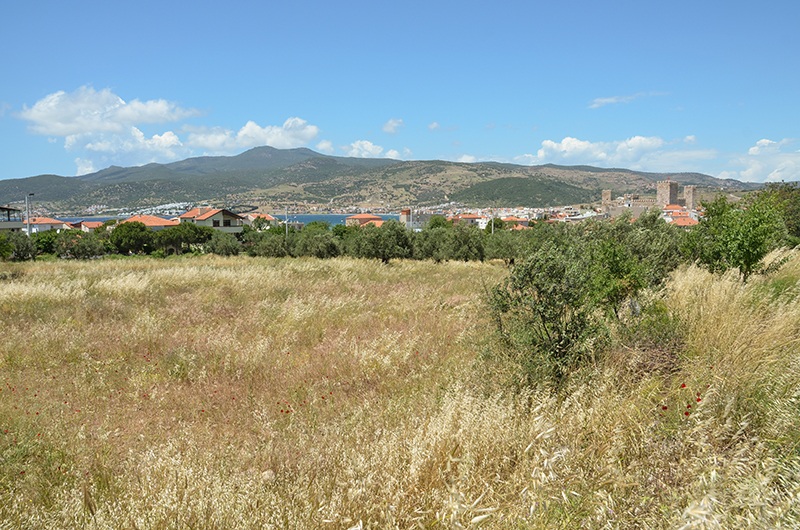 The ancient city of Pitane is located in the Gulf of Çandarlı, at 60 km linear distance north of İzmir. Major parts of the prehistoric and ancient settlement, including its necropolis, lie within the modern city of Çandarlı.

Already in 1883, excavations were conducted in the necropolis at Kocabağlar. At the time, the excavation director was Demosthenes Baltazzi, who worked on behalf of Hamdi Bey, the former director of the Archaeological Museum of Istanbul. Some of the finds were later published by Siegfried Loeschke. Ekrem Akurgal directed excavations in parts of the ancient city from 1960-1965. During the 1990ies, the Museum of İzmir conducted emergency excavations. The early Bronze Age is represented by monochrome ceramic specimens. Kurt Bittel attributed these finds to the Yortan Culture. A pithos grave contained some Mycenaean vessels. The necropolis predominantly produced finds dating to the Archaic and Classical/Hellenistic and Roman periods.