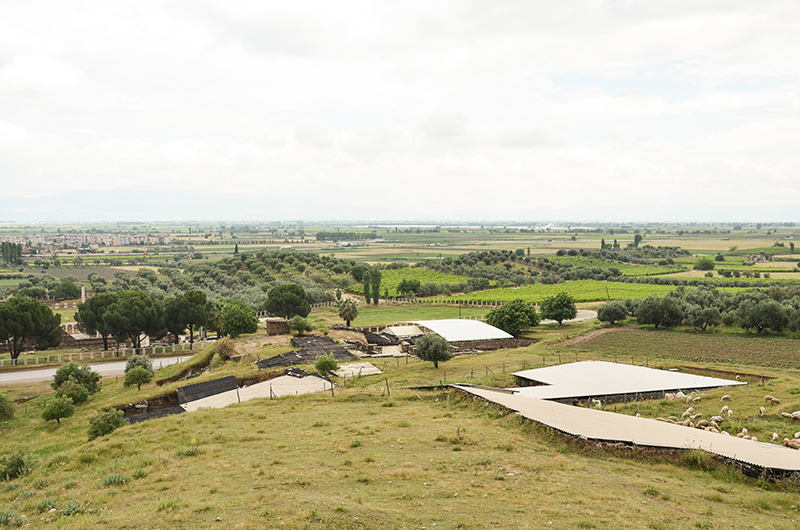 At Sardes, the earliest finds are derived from the “House of Bronzes”, south of the gymnasium. In this area, habitation continued from the Late Bronze Age to the Byzantine period. Some pottery dates back prior to 1400 BCE. These earliest ceramic is indigenous, monochrome and similar to other sites in Western Asia Minor. The second layer (1400– 1200 BCE) contained the remains of a circular wattle wall, a mud hut, a pithos for cremation, published by Andrew Ramage and Jeffrey Spier. Imported Mycenaean sherds and craters, dating to the 13th–11th cent. BCE, were also found in this level. Nevertheless, the vast majority of the material in Sardis is strictly of indigenous Anatolian origin. About 2–5% of the pottery is Mycenaean.