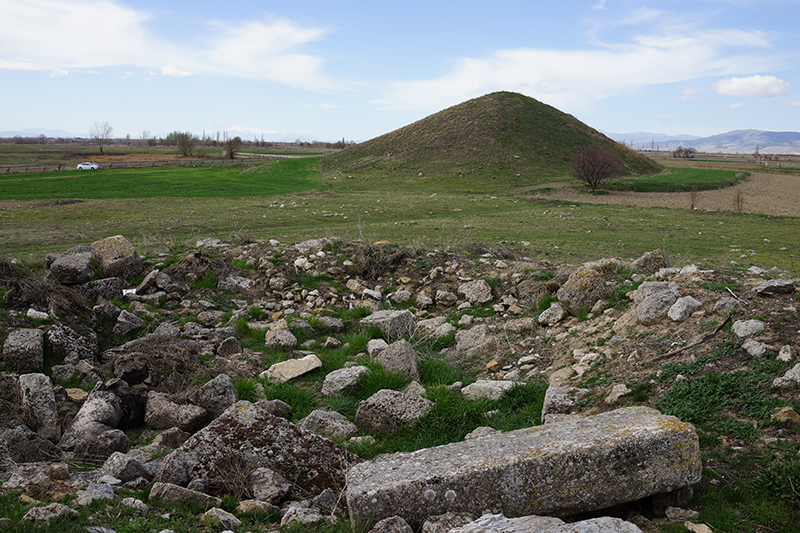 The tell is located about 1.7 km north of the village Sarıbeyli in the district of Çivril in the province of Denizli. So far, no excavations have been made. The tell consists of two hills next to the riverbed of the Large Meander. The large hill covers 6.5 ha and is 25 m high. The small hill covers about 0.6 ha and is 6.5 m high.

The small tell reveals Hellenistic-Roman pottery and architectural remains. The same occurs around the large hill too, but here the earliest finds date to the Early Bronze Age II.

The Bronze Age pottery is similar to that of nearby Beycesultan. Apparently, the place was densely inhabited during the Late Bronze Age (Beycesultan II).