Symposium on Caria, the Carians and ancient Mylasa 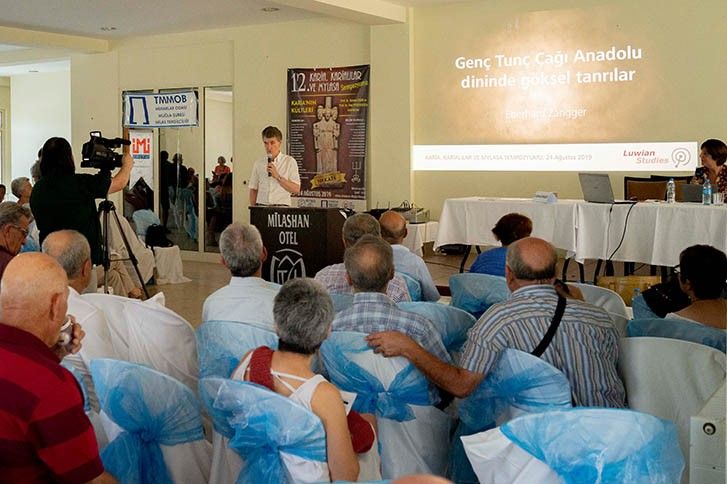 The 12th Symposium on Caria, the Carians and ancient Mylasa took place on 23-24 August 2019 in Milas in western Turkey. Twenty-one archaeologists working in western Anatolia, including many excavators, reported on their research on Early Iron Age cultures in Western Anatolia. Eberhard Zangger was invited to speak about the new interpretation of the Yazılıkaya rock sanctuary in Hattusa. Classical archaeologists find the relics of a distinguished local cult, but have no insight into its origin, because in this region the 2nd millennium BC is a research gap. Luwian Studies helps bridging this knowledge gap.

Fortunately, in the meantime other institutes have also taken up the topic. For example, since last autumn, the Institute of Prehistory at Tübingen University is conducting a research project under the direction of Magda Pieniążek (and funded by the German Research Council) entitled ”Western Anatolia in the 2nd millennium BC.: Local Culture and Remote Contacts”. This is remarkable, because for a few decades, scholars from the same institute have questioned the existence of a Middle and Late Bronze Age knowledge gap on the Turkish side of the Aegean in their articles for the German popular science media.

The conference in Milas showed the large public interest in archaeological issues that exists in this region. The lecture hall was filled with up to 200 people.