Synopses in English, German and Turkish 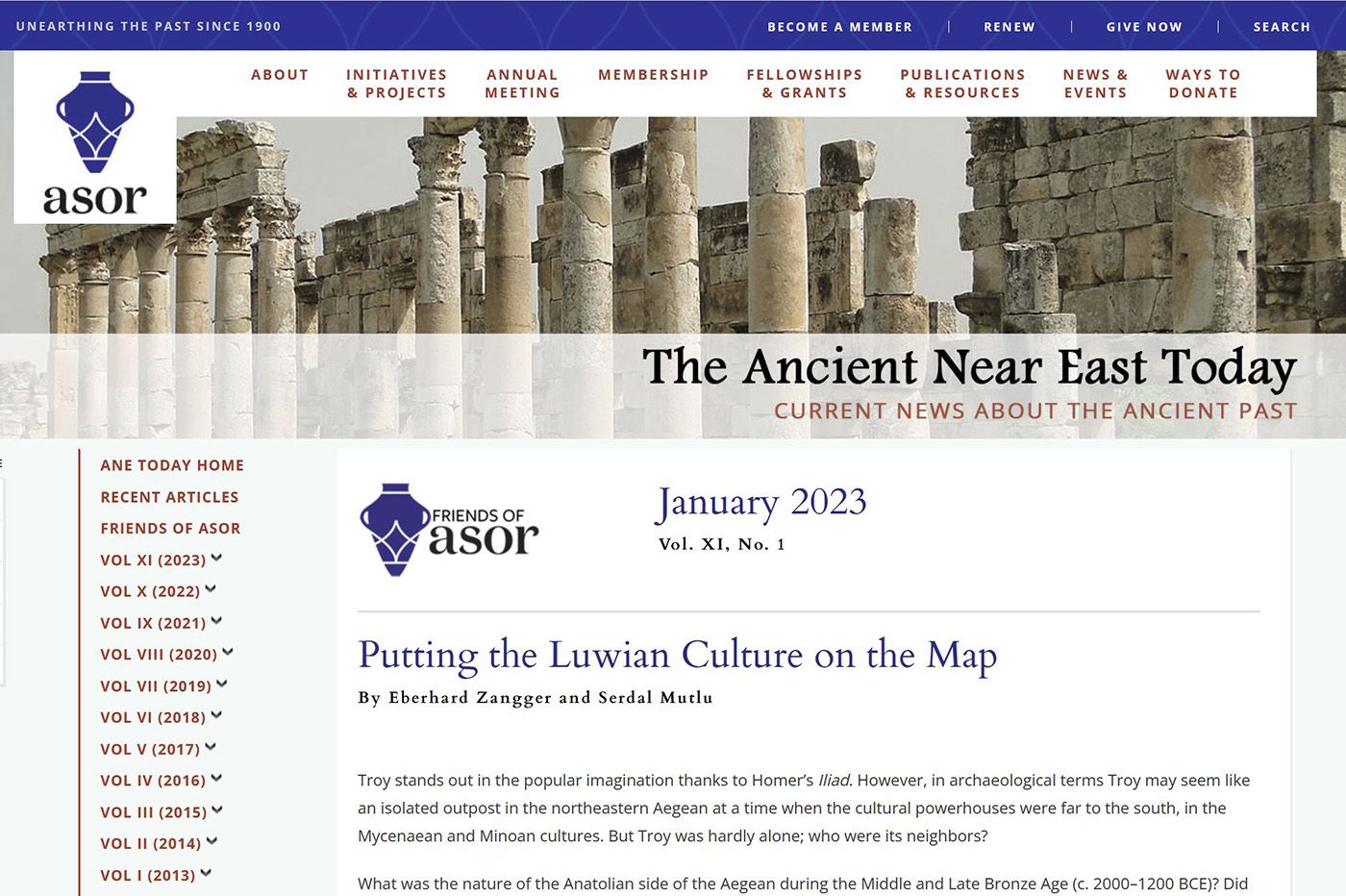 The main results of the comprehensive study of Middle and Late Bronze Age settlements in western Turkey, published in August 2022, have been made available to a wide audience in various popular science summaries. The Ancient Near East Today newsletter, read by over 42,000 subscribers, including many archaeologists, published an article entitled “Putting the Luwian culture on the map”. Shortly thereafter, “Ancient Troy and its Neighbors: Acknowledging the Luwian Culture at Last” appeared on the publicly available website of popular-archaeology.com. When the main publication appeared at Archaeolingua, the German summary “Wer waren die Luwier?” was posted on archaeologie-online.de. In addition, the writer Celıl Denktaş, who works for the Turkish journal Haber Sol, had conducted a three-hour interview with Eberhard Zangger during the 13th Carian Symposium held in Milas on September 2–3, 2022, which appeared both in Turkish and in English (under the title “The Luwians against Eurocentrism”). The core theses of the 140-page scientific article are thus available to interested parties in short and concise form in English, German and Turkish. All of Eberhard Zangger’s scientific and popular science publications can also be downloaded for free as PDFs under his profile on www.academia.edu.