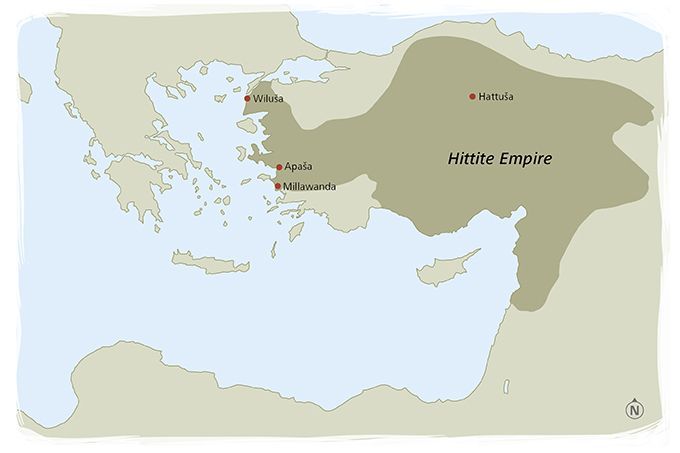 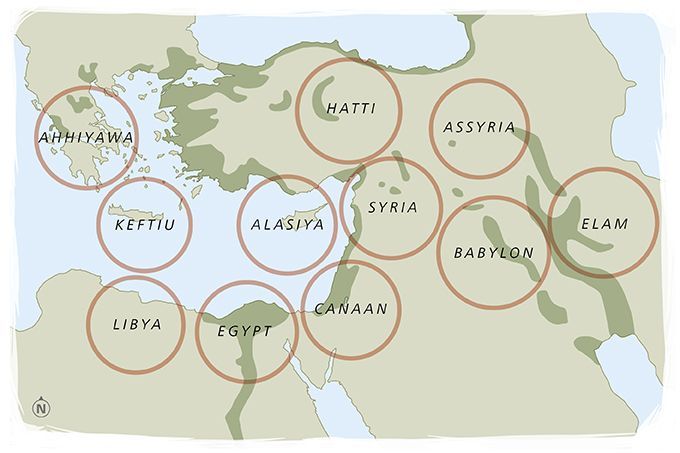 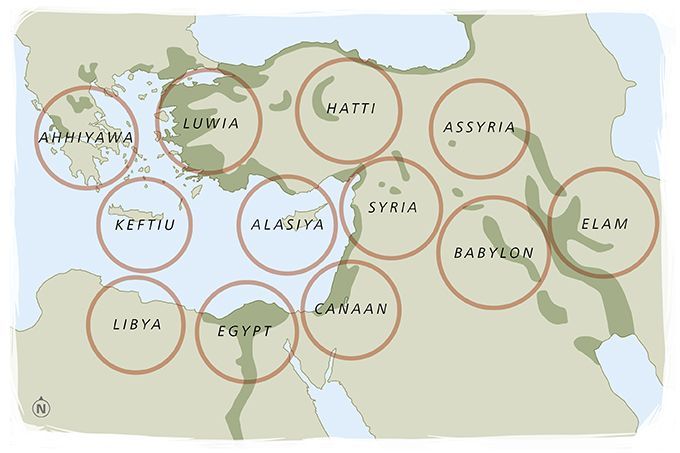 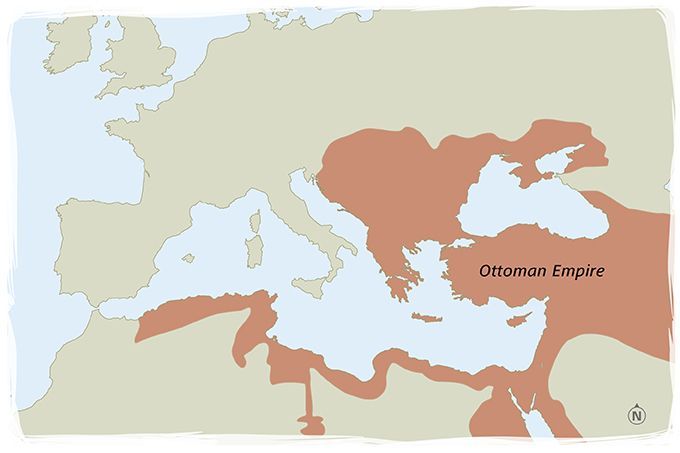 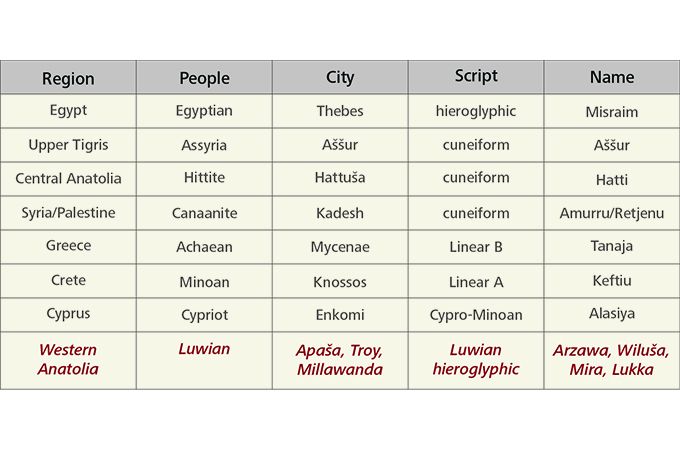 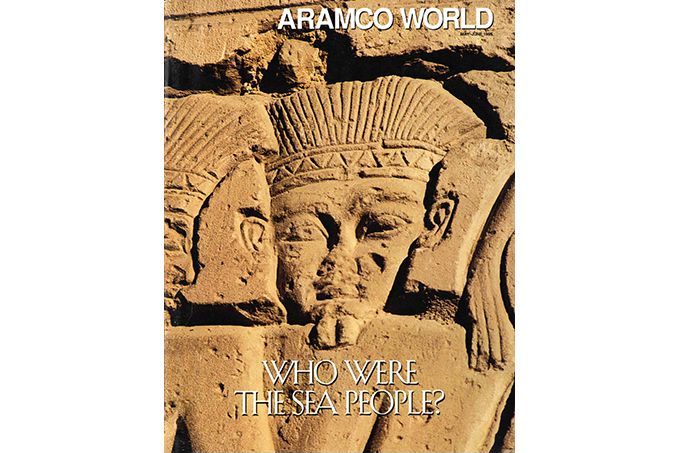 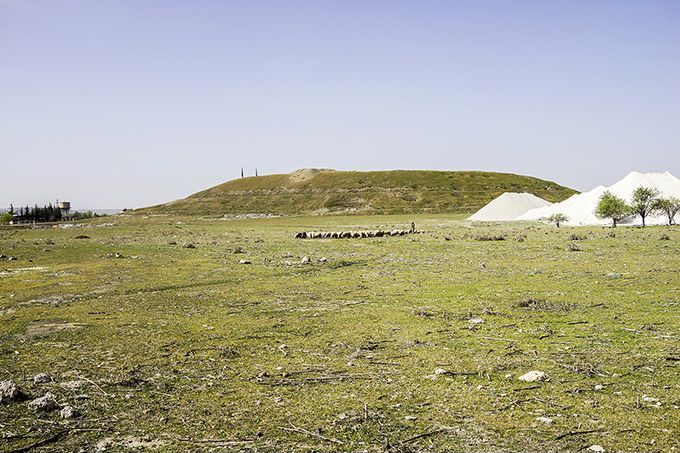 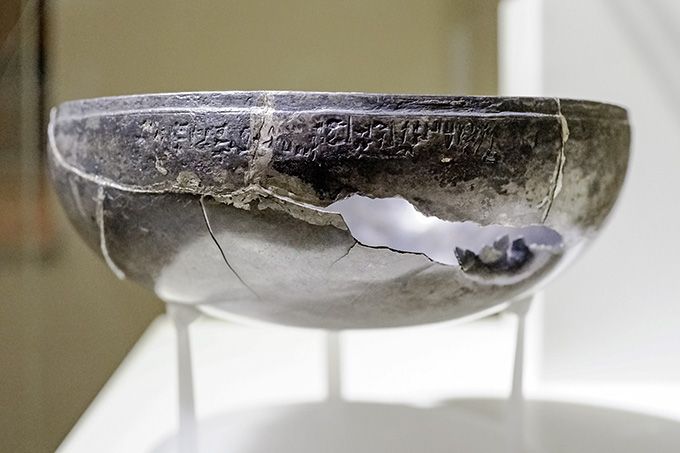 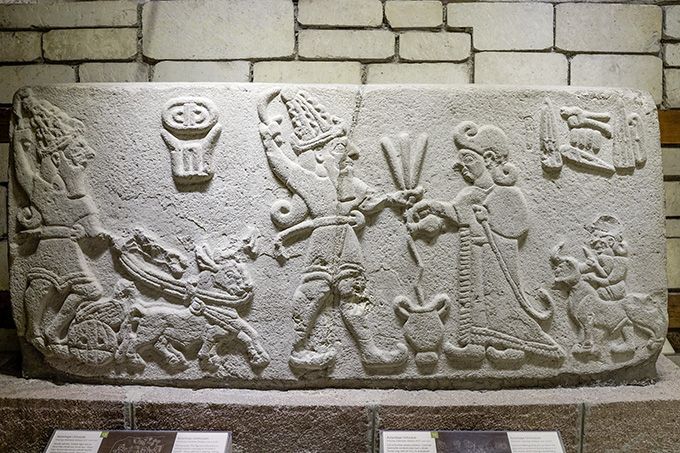 The Hittite empire is today often shown at its maximum extent including all vassals. However, this condition existed only for a short time.
According to current paradigms the entire area around the eastern Mediterranean was exploited during the 2nd mill. BCE – except for the region with the most arable land (dark areas) in western Asia Minor.
Scholars at the foundation Luwian Studies believe that there must have been a culture in western Asia Minor as well: the Luwians.
The Ottoman Empire in the 17th century AD.
Overview of regions, nations, cities, and scripts at the end of the Bronze Age. In each column one element remains unaccounted for ─ together they amount to one culture: the Luwians.
Cover story “Who were the Sea People?” in Saudi Aramco World (1995).
The tell site of Sarhöyük on the northern edge of Eskişehir is one of the largest in western Asia Minor.
Silver bowl with hieroglyphic inscription (14th-13th cent. BCE).
Limestone orthostat from Aslantepe (1200-700 BCE) showing a God on a chariot and holding a lightning bundle.

The distribution of archaeological sites clearly indicates that western Asia Minor in its most fertile regions was densely populated during the second millennium BCE. This is nothing new for those disciplines of archaeology that deal with documents. Considering the state of knowledge among excavating Aegean prehistorians, however, it is a different matter.

The study of the Luwian culture falls within the remit of at least three disciplines in archaeology. Hittitology, a branch of the ancient Near Eastern studies, is based on the study of documents from excavated Hittite sites. In these documents, some 2000 towns and at least two dozen neighboring states of the Hittite Kingdom are mentioned. Early on Hittitologists proposed maps of the political geography indicating at least the relative positions of the petty kingdoms. These attempts still remain controversial.

The second discipline that deals extensively with the Luwians is the linguistic branch of ancient Near Eastern studies, which also relies on the scrutiny of Hittite documents. Since ancient Anatolia was a melting pot of early European languages, this field of research is particularly well advanced.

The study of material remains, however, is the responsibility of excavating Aegean prehistorians. In their field, Luwian culture has been completely absent, despite decades of advances in Hittitology and linguistics, and although twenty-five Luwian sites have been excavated in recent years. No map of the political situation (from an Aegean point of view), no monograph on the Aegean Bronze Age, no anthology of scientific papers, and no conference proceedings in Aegean prehistorians make much of the Luwians.

In 2008, a book entitled The Cambridge Companion to the Aegean Bronze Age was published, which contained over 450 pages that represent today’s knowledge on the subject. None of the articles deal with cultures on Turkish soil. An even more voluminous book, The Oxford Handbook of the Bronze Age Aegean, appeared in 2010. Only a single article with a mere 12 out of a total of 930 pages briefly touches on western Asia Minor. The Oxford Handbook of Ancient Anatolia (2011) also dedicates just 12 out of 1174 pages to western Asia Minor. The most recent work on the subject, 1177 B.C. – The Year Civilization Collapsed (2014), lists various attempts to explain the end of the Bronze Age but never mentions the Luwians. All of the aforementioned books were patchwork composites that were unable to provide a plausible, comprehensive explanation for the collapse of the Bronze Age cultures in the Eastern Mediterranean.

Reasons for the lack of inquiries

Every now and again one comes across an explanation for the lack of interest in the Late Bronze Age of western Asia Minor. It is the assumption that the area was mainly inhabited by semi-nomadic horse peoples. As civilization presupposes an organized society, urban agglomerations and a knowledge of writing, the western neighbors of the Hittites would therefore have been deemed uncivilized. Thus, there was no real need to explore the region. The many extensive and artifact-rich settlement sites, however, show that people have most certainly lived in these places for millennia. The absence of evidence for the existence of a remarkable civilization by no means invalidates the existence of such a thing. We simply do not know enough about the Luwians because there have not been enough large-scale, deep excavations to date.

In the west, Hittite control over the vassal states was becoming ever more shaky … Closer to home, the people of Lalanda in the Lower Land, “notorious trouble makers”, broke out in rebellion … In the west, Tudhaliya faced a rapidly deteriorating situation … We learn of military operations conducted by Tudhaliya against the Lukka Lands. Lukka also figures in another text of Tudhaliya’s reign as enemy territory … Some time after Tudhaliya’s treaty with Kurunta there was a fresh outbreak of rebellion in the Seha River Land … This suggests a new power-sharing arrangement in the west.

The assumption that there was an advanced civilization in northwestern Anatolia, whose development level and significance could be put on a level with the Minoan or Mycenaean culture, is not tenable.

Zangger’s effort to attribute the cultural and political status of a big power to western Anatolia appears downright convulsively forced … It can hardly be explained with European arrogance and a helenocentric view of the world that American, European and Oriental archaeologists doing fieldwork in the Orient have thus far not recognized any trace of an allegedly overlooked independent high culture in Northwest Anatolia.

The westernmost Hittite site identified so far seems to have been Şarhöyük-Dorylaion, where a Hittite bulla was found. Further to the west evidence for Hittite influence in western Anatolia is surprisingly limited.

[More than 300 settlement sites are known west of Şarhöyük-Dorylaion.]

Therefore, the time has come to introduce a new civilization into Aegean prehistory. Based on the predominant language and script, it is self-evident that it should be called Luwian.