The Mycenaean Culture on the Greek Mainland 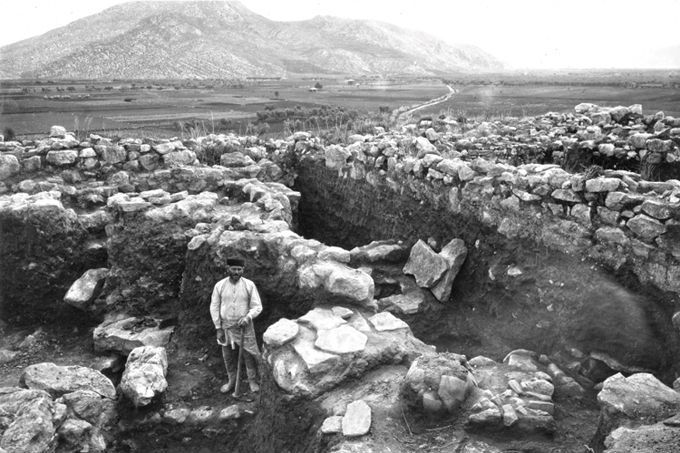 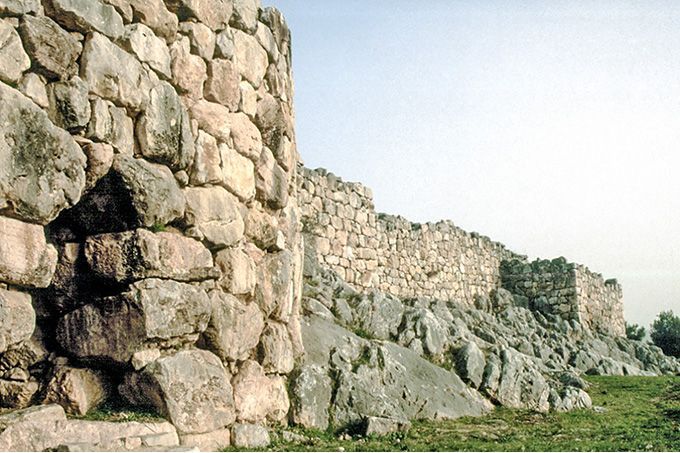 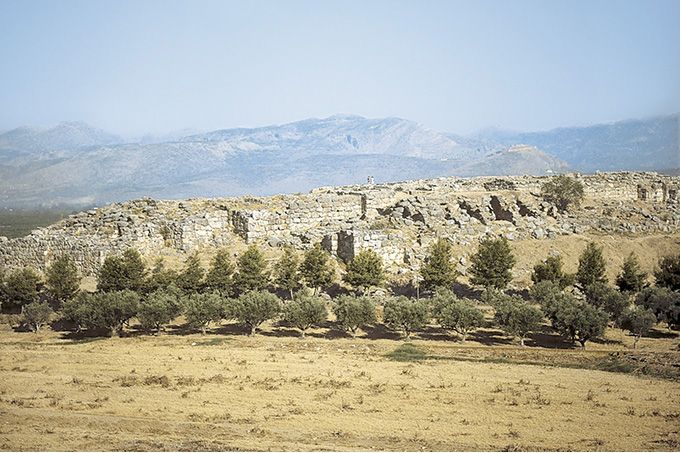 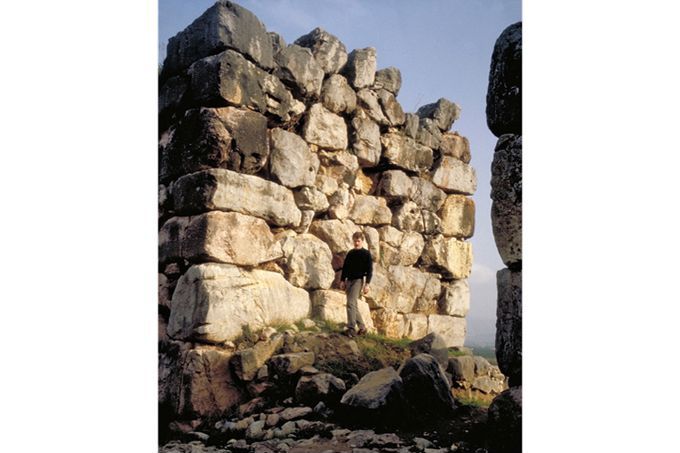 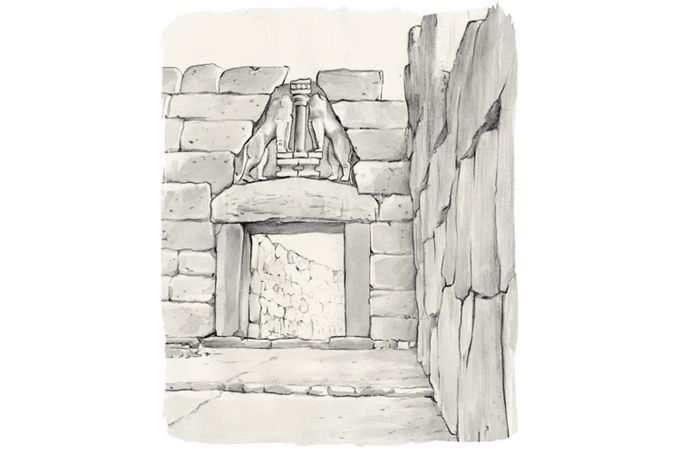 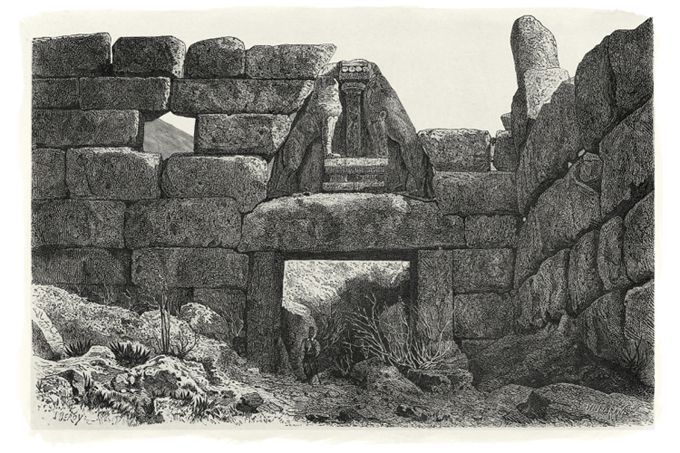 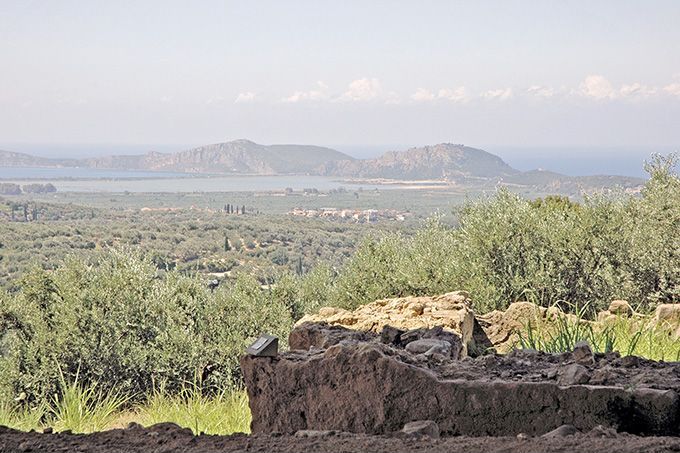 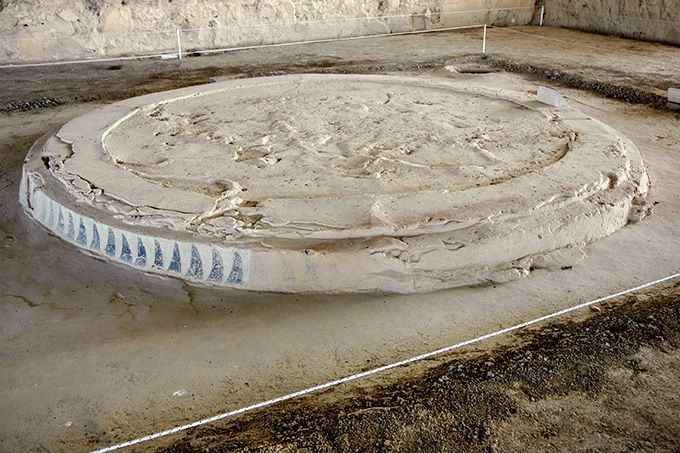 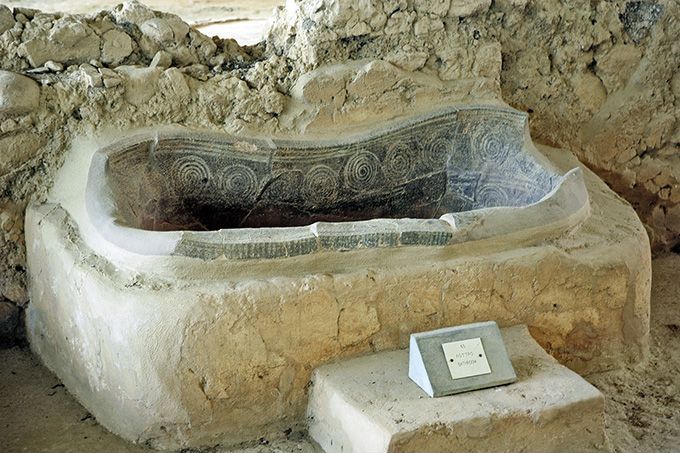 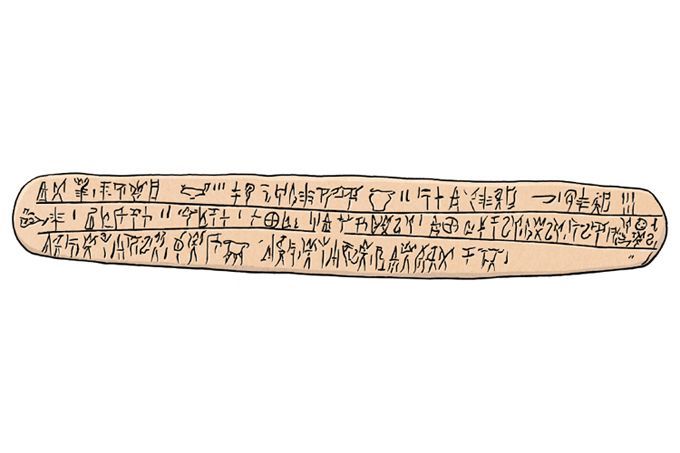 Excavations in Tiryns in 1907.
Photo of the west side of the citadel of Tiryns. The right angles and clean breaklines in the bedrock show that the construction site also served as a quarry.
The remains of Mycenaean citadel of Tiryns, are surrounded by an alluvial plain (view from the east).
At the main gate of the Mycenaean citadel in Tiryns, the massiveness of the up to 7 m thick walls are clearly noticable. Photography from 1984.
The construction of Cyclopean walls, including the Lion Gate at Mycenae, was allegedly directed by engineers from Asia Minor.
The Lion Gate at Mycenae, as shown in a 1854 edition of John Murray’s ─ 22 years before Heinrich Schliemann allegedly discovered it.
View from the Palace of Nestor to the south to the Bay of Navarino.
Large circular sacrificial stove with original painting around the border in the Throne Room of the Palace of Nestor at Pylos.
Bathtub in the Palace of Nestor in Messenia on the Peloponnese.
Linear B tablet.

The Mycenaean civilization on the Greek mainland consisted of dozens of independent petty kingdoms and principalities. Scientists are still puzzled why this culture rapidly declined after 1200 BCE. The causes of the demise might be better understood if the archaeological attention would shift somewhat from architecture, art history and philology towards politics, economics and technology.

The Mycenaean civilization lasted from about 1600 to 1200 BCE. It is considered to have been the first civilization on the European mainland, and initially it was much influenced by the Minoan civilization on Crete. After widespread destruction of the Minoan palaces on Crete around 1430 BCE, the Mycenaean culture rose to become the leading power in the Aegean. Its long-distance trade expanded considerably, so that Mycenaean vessels were able to reach Cyprus, Syria and Egypt. Letters in the archives of the Hittite capital Hattuša indicate that the Mycenaeans actively participated in the international network of gift diplomacy. Linear B tablets found in Greece provide detailed insights into the movement of goods.

Most probably, there was never an actual Mycenaean empire on mainland Greece. Instead, several independent small states existed, including the kingdoms of Mycenae, Tiryns and Pylos. The ruling elite had built magnificent palaces and controlled not only politics, but also trade. Artisans settled around the royal courts who manufactured sought-after, high-quality ceramic vessels and delicate gold jewelry, among other things. Mainly women worked in veritable textile factories. The majority of the population lived from agriculture and animal husbandry and had to pay various taxes and to perform unpaid compulsory labor. It is conceivable that this suppression of the dependent population contributed to the decline of the Mycenaean civilization.

At about 1250 BCE, the kings of Mycenae and Tiryns expanded their citadels and fortified them with Cyclopean walls. Beginning in 1200 BCE, upheavals and local destructions led to the end of an era that roughly 500 years later, in the Homeric epics, is referred to as the “heroic age.” Various cultural achievements that were closely linked to the palace administration – especially the script – were lost. Some places were destroyed, many completely abandoned, but new settlements came into being as well. There are many hypotheses about the causes of the widespread destruction, but no satisfactory explanation has thus far been furnished. The Mycenaean culture continued to exist at a rudimentary level for some time.

Politics, economics and technology in the Bronze Age

The term “Mycenaean culture” first appeared at the end of the 18th century and is somewhat misleading because it implies a leadership role for the kings of the citadel of Mycenae. Homer and other ancient authors called their Bronze Age ancestors “Achaeans” for the most part, a term with which they referred to all Greek tribes. No ethnic group is singled out as being special. The 2nd millennium BCE on the Greek mainland is extremely well researched, hence the general conclusions drawn above are largely uncontroversial.

The investigation of the Mycenaean civilization is, like those of other ancient cultures, based on the three main pillars of archaeology: architecture, art history and philology. Consequently, archaeology primarily deals with ruins, artifacts and the Linear B texts from the Late Bronze Age and, with the help of those, reconstructs its society. Present day societies, however, are hardly influenced by architecture, art history and philology – we are much more affected by developments in politics, economics and technology. If one were to follow the principle of actualism (“The present is the key to the past”), Mycenaean culture could also have been driven by politics, economics and technology much like our modern societies are. As a consequence, scrutiny of the Mycenaean civilization might benefit if researchers would shift their attention towards these factors. As a matter of fact, hydraulic engineers have discovered sophisticated hydraulic infrastructures near virtually all major Mycenaean settlements. These include dams, river diversions, drainages as well as artificial ports. Unfortunately, fields such as hydraulic engineering, civil engineering, economic geography and nautical science still are not research priorities in archaeology.

According to Greek tradition, the characteristic Cyclopean walls of Tiryns and Mycenae were erected with the help of engineers from Lycia (Strabo 8.6.11, Bacchylides 10.77, Apollodorus 2.2.1, Pausanias 2.25.8). This argument is reinforced by the observation that this masonry was widely present throughout Asia Minor, as the Lion Gate in Hattuša indicates. The lion’s relief above the Lion Gate at Mycenae is the oldest monumental sculpture in Europe and was unique during the time of its creation (1250 BCE) – as far as Greece is concerned. From Asia Minor, however, over 150 bas-reliefs from this period are known. Since Lycia was part of the core area of the Luwian territory, one might conclude that one of the main features of the Mycenaean civilization, the Cyclopean masonry, had its origin in Luwian lands, from where it came to Mycenae.

For the causes of the downfall of the Mycenaean era see Sea Peoples/Civil War.

In order to assess what happened in the past or will happen in the future, we only need to study the present.

Mycenaean settlements on Rhodes and other islands of the Dodecanese may have been no more than merchant enclaves within a native population.

Now it seems that Tiryns was used as a base of operations by Proetus, and was walled by him through the aid of the Cyclopes, who were seven in number, and were called “Bellyhands” because they got their food from their handicraft, and they came by invitation from Lycia.