The New Kingdom in Egypt 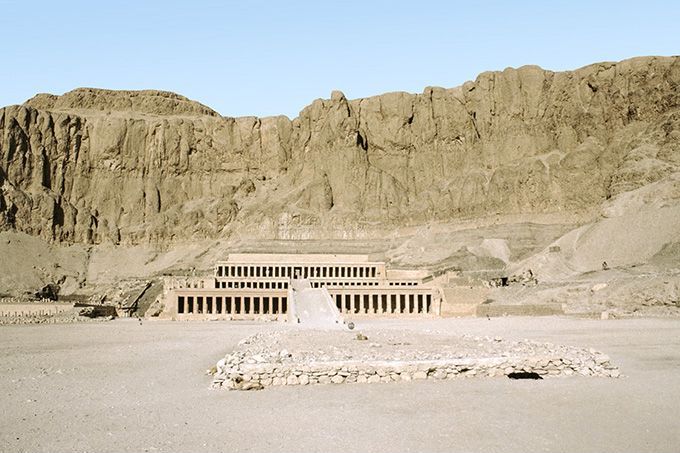 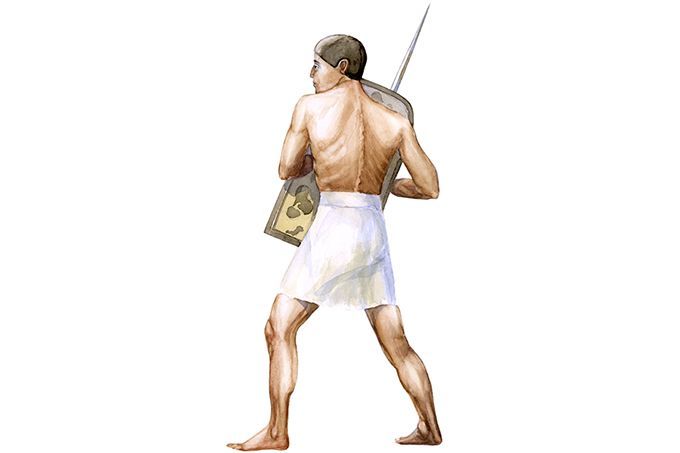 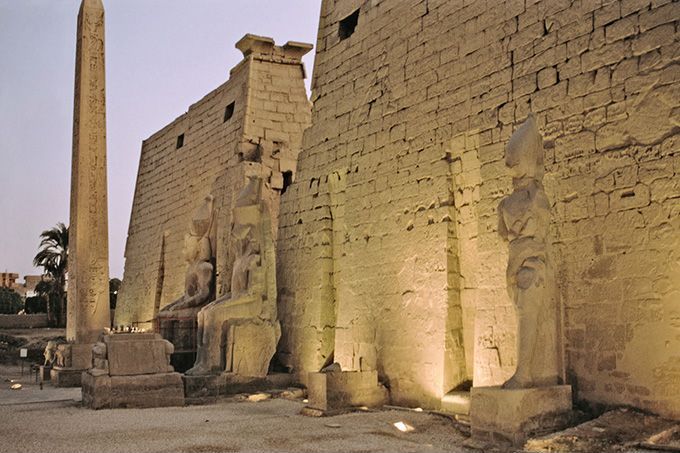 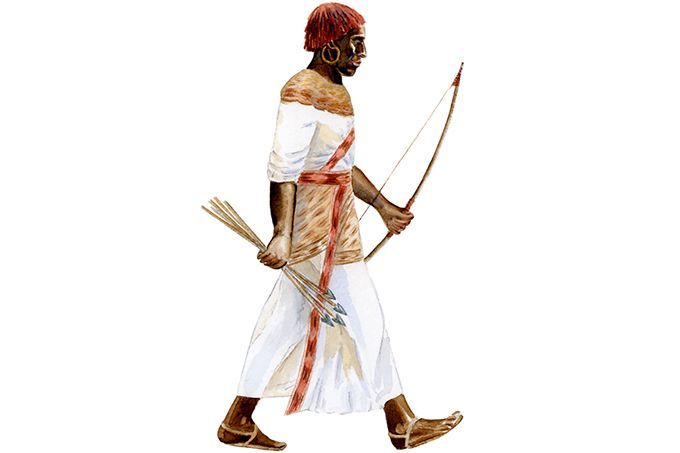 The mortuary temple of Queen Hatshepsut at Western Thebes.
Egyptian warriors are depicted as tall, lean, and broad-shouldered. The land of the Nile had a professional army that was divided into infantry and charioteers. (© Rosemary Robertson)
The first pylon of the Luxor Temple, one of the monumental buildings from the time of Ramesses II. The second obelisk has been in the Place de la Concorde in Paris since 1836.
Representatives of the Nubian people are consistently depicted as dark-skinned at the time of the Egyptian New Kingdom. (© Rosemary Robertson)

Preserved documents such as the so-called Sea Peoples inscriptions are among the most important sources for the reconstruction of events at the end of the Bronze Age. Presumably, Egypt was only at the periphery of the Sea Peoples’ invasions around 1190 BCE. But external conflicts together with internal disputes over the succession weakened the empire and prevented it from active intervention.

Egypt has always played a special role in the early historical development of the Mediterranean countries. Its isolated geographical location and the fertility of the Nile valley permitted a cultural-historical development that was unique in the ancient world and followed its own rules. The land northeast of the Sahara was safe from enemies on almost all sides.

As the Nile valley became more arid at the end of the 4th millennium, the Egyptians began to artificially irrigate their fields. The earliest image of a rural scene – from the 31st century – shows a king at the opening of an irrigation channel. Both the country’s economy and its people were so dependent on the Nile that a government system was conceived that took care of water distribution, land survey, as well as control of taxes and property. Since the end of the 4th millennium, a distinct civilization with kingship, administration, script, art and religion prevailed in Egypt.

The New Kingdom, from 1549 to 1069 BCE, was a golden age in the history of Egypt. At the same time, the country became increasingly involved in external conflicts. With the assumption of power by Ramesses I in 1290 BCE, the 19th dynasty was founded. During his regency, there were clashes with the Hittites, against whom Ramesses II in 1274 BCE lost the famous Battle of Kadesh. Around 1200 BCE, Egypt became involved in disputes with Libya and later experienced the Sea Peoples’ invasions, at least on the periphery. At that time, internal disputes over the succession to the throne weakened the empire. After Seti II, who reigned from 1203 to 1193 BCE, several rulers followed at short intervals. In 1185 BCE, Sethnakhte ascended to the throne, founding the 20th dynasty. The circumstances of his takeover, even his origin, are largely unknown. Just three years later, he was succeeded by his son Ramesses III, who was able to restore some stability and who became the last pharaoh to execute Egyptian supremacy in the Mediterranean.

Since the country opened up more than ever to other cultures of the Middle East, and the pharaohs conducted extensive correspondence with all the major contemporary rulers, royal and private inscriptions provide evidence of the events before, during and after the upheavals around 1190 BCE.

Egyptians started using hieroglyphic script as far back as around 3200 BCE. They were thus able to record events and to pass these descriptions on without variation for generations to come. The Greeks permanently acquired a knowledge of script only 2500 years later. Consequently, when Greek writers met with Egyptian temple priests and chatted about history, the priests tended to compare their visitors to precocious children (Dio Chrysostom, Speech 11.1; Plato, Timaeus 22b).

The ability to record historical events permanently makes Egypt an indispensable resource for the reconstruction of events at the end of the Bronze Age. We know about the so-called Sea Peoples’ invasions primarily from Egyptian temple inscriptions. The homeland of the Sea Peoples is now thought to have been in western or southern Asia Minor and in the Aegean area. Egypt happened to be on the periphery of the raids – and ended up surviving the upheavals as the only region of the Eastern Mediterranean that was largely unscathed. The pharaohs were unable to actively intervene, because at that time dynastic turmoil had led to chaotic conditions.

Probably the most important source, certainly the most graphic one, for an understanding of the events at the end of the Bronze Age are the inscriptions on the mortuary temple of Ramesses III in Medinet Habu, western Thebes, Upper Egypt. It is one of the few well-preserved temples of its kind. Most of the others were used as a supply of building material already during the New Kingdom and have therefore disappeared. The Egyptian scribes provide the names of the people who attacked the countries around the Eastern Mediterranean, they also depict them in elaborate engravings, and they tell the story of the raids including the year of the events. Unfortunately, however, the accuracy of the information is more than questionable. Egyptian scribes tended to glorify their pharaoh, rather than to transmit historic truth. Ramesses II had the Battle of Kadesh depicted in his mortuary temple, in Karnak, Luxor, Abydos and Abu Simbel as a mighty victory in which he slew the Hittites and killed a brother of the Hittite king Muwatalli II. The Hittite king only had one brother, he fought in the battle as a general, survived it unharmed, later assumed the throne as Hattušili III, made peace with Egypt – and enforced pressure on the pharaoh to rectify the mistaken propaganda inscriptions, of which the contents the people of Hatti were well aware of.

Much has been written about the notion that Ramesses III made use of battle descriptions already transmitted from one of his predecessors, Merneptah. The date provided for the main naval battle against the Sea Peoples, the eighth reignal year of Ramesses III, is almost twenty years off the mark, since Ugarit was destroyed in 1192 BCE while Ramesses’s III eighth reignal year would have been 1174 BCE.

The land of Egypt was overthrown from without, and every man was (thrown out) of his right; they had no chief mouth for many years formerly until other times. The land of Egypt was in the hands of chiefs and of rulers of towns; one slew his neighbor great and small. Other times having come after it, with empty years, Yarsu, a certain Syrian was with them as chief. He set the whole land tributary before him together; he united his companions and plundered their possessions. They made the gods like men, and no offerings were presented in the temple.