The Philistines in Canaan and Palestine 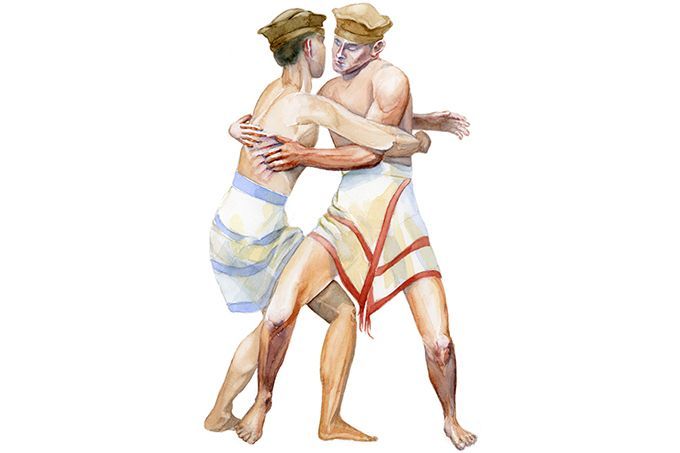 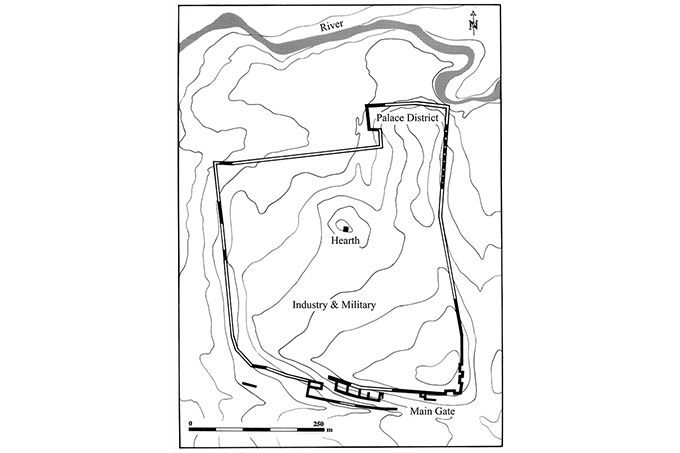 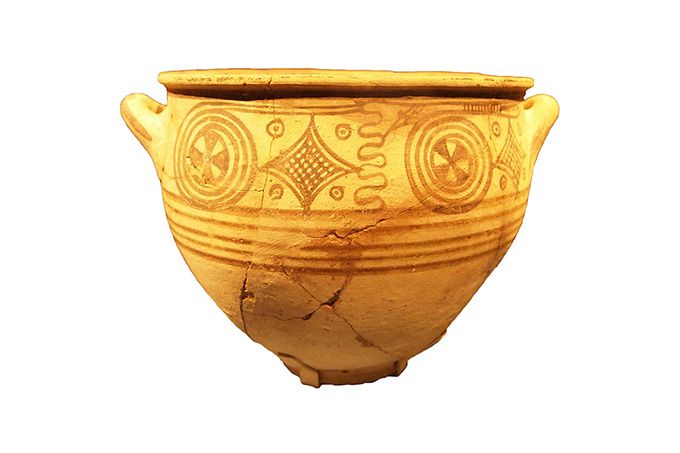 The Peleset belonged to the Sea Peoples. It is believed that the Philistines were derived from them. (© Rosemary Robertson)
Layout of the ancient city of Ekron. (© Rosemary Robertson)
Philistine Krater from Tel Zippor, Israel, dating to the 11th cent. BCE. The shape and the careful decoration in one color are similar to Mycenaean potters from mainland Greece.

The Philistines who, in the 12th century BCE and under Egyptian auspices, settled on the coast of Palestine, are counted among the Sea Peoples by most researchers. Egyptian inscriptions call them “Peleset.” Much suggests that they are of Greek origin. It is conceivable that the Philistines were in fact Mycenaeans and involved in the wars, but not on the side of the initial attackers.

The name Palestine already appears in Luwian stone inscriptions in the North Syrian city of Aleppo during the 11th century BCE. It is therefore virtually impossible to derive the topographic term from the arrival of the Peleset. It is possible that researchers will disentangle the terms Palestine, Philistine and Peleset in the near future.

Philistine ceramics are very similar to contemporary Greek pottery. And the Old Testament says that the Peleset came from Crete. This would suggest that Mycenaean Greeks were involved in the Sea Peoples’ invasions. However, the Peleset were given the right to settle in the most fertile and thus most valuable areas of Palestine that had until then been under Egyptian control. Not only did the Egyptian government let the Peleset settle, but it also gave them rights and responsibilities. It is hard to imagine that barbarian people, who had launched a hideous attack on Egypt shortly prior to that, would have been granted these benefits. Also, a Greek participation in the actual Sea Peoples’ invasions is not consonant with the generally amicable relations between the New Kingdom in Egypt and Mycenae.

It is quite conceivable that the Philistines derived from the Peleset and that those in return were Mycenaean Greeks from Crete and from the Greek mainland. Since the Mycenaeans fought against the coalition of Luwian states, they were likely to be political allies of Egypt. Hence, they may have received the best settlement sites in Canaan as a reward for their vigor and victory. The Peleset thus did not belong to the coalition of Luwian petty states. The reason that they are still counted among the Sea Peoples is that their retaliations contributed massively to the destruction during the crisis years.

The time has come when all our ideas about the so-called Sea Peoples should be set aside and the text re-examined in a fundamental way, as a whole.