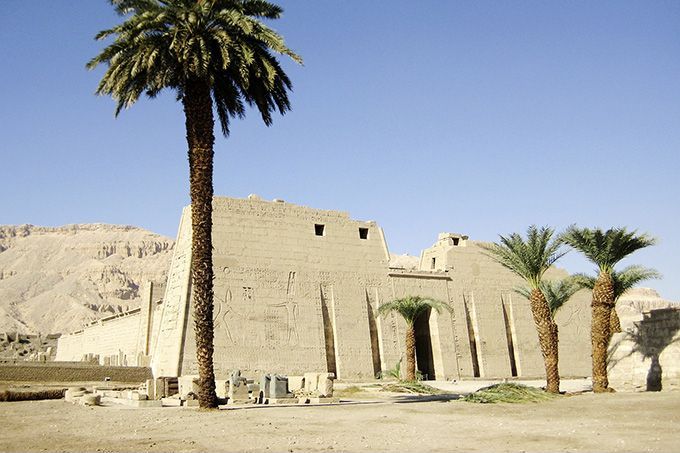 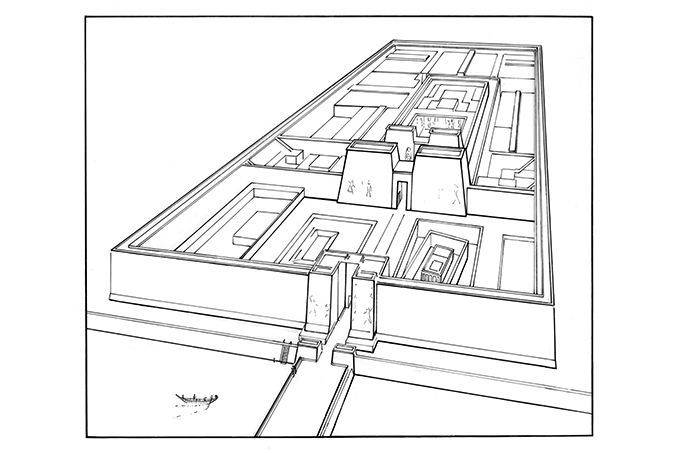 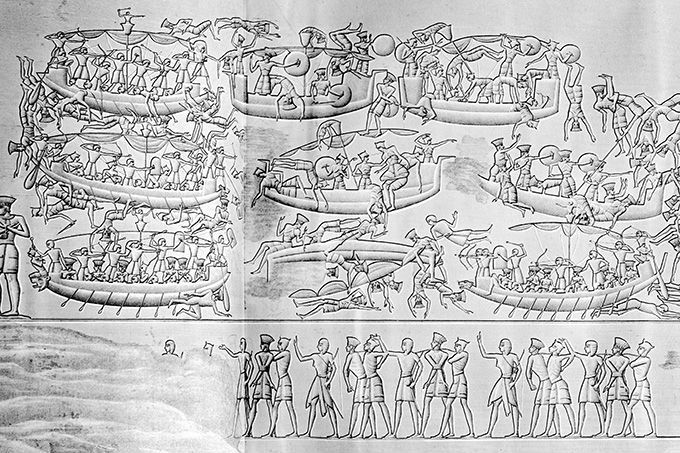 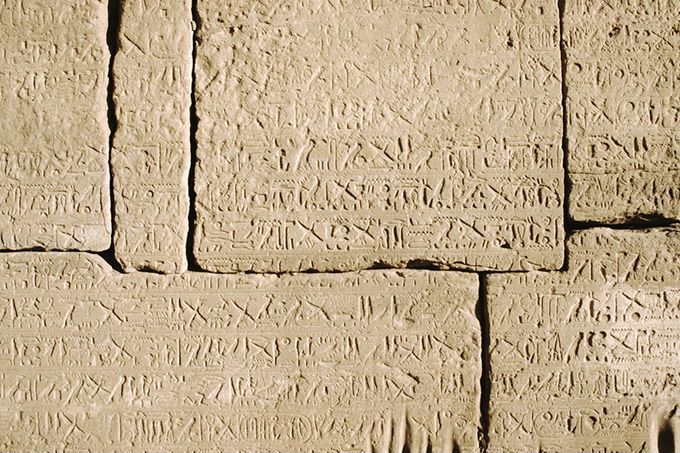 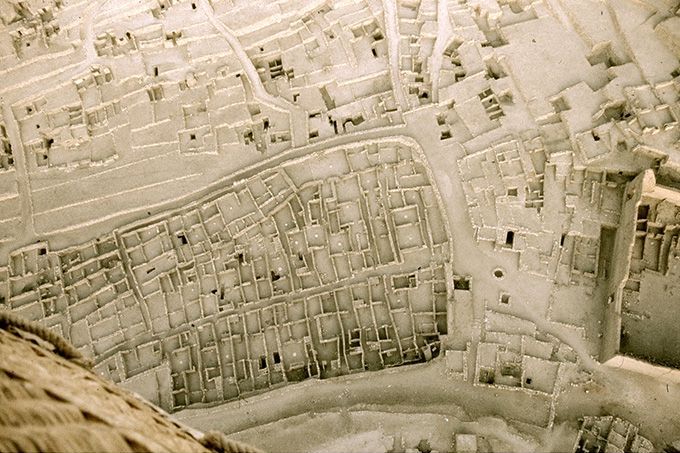 Inscriptions on the walls of the mortuary temple of Ramses III in ancient Thebes (Egypt) talk about invasions of the so-called Sea Peoples. Although the descriptions are not entirely plausible – especially with respect to the dates provided – they are not entirely fictional. The Sea Peoples appear to have been an alliance of Western Anatolian states. Thanks to a solar eclipse and an unsent letter, we now know with much certainty when these attacks occurred.

Temple inscriptions at Karnak and a stele of Athribis from the fifth year of Merneptah (ca. 1213–1203 BCE) were the first to mention conflicts between a coalition of Libyans and so-called Sea Peoples, culminating in the battle of Saïs. However, the now-famous Sea Peoples’ invasions first and foremost came to be known from the inscriptions and representations on the walls of the mortuary temple of Ramesses III at Medinet Habu. According to them, during the eighth year of the pharaoh’s reign, a coalition of foreign states that originally lived “on the islands in the middle of the sea” attacked Egypt. The attackers are said to have defeated a number of countries in the Eastern Mediterranean, including Hatti and Arzawa. Ramesses III claims to have victoriously fought the Sea Peoples in a naval battle that is described in much detail.

Based on the horizons of destruction in Syria and Palestine, the Sea Peoples’ invasions can now be precisely dated. In the Egyptian city of Tell el-Fara, a storage vessel marked with a cartouche of Seti II was found that evidently had still been in use when the city was attacked. Thus the attack must have taken place during or after the reign of Seti II, i. e. after 1200 BCE.

One of the last letters from Ugarit, a letter from the Egyptian kingmaker Bay to Ammurapi, allows for an even more accurate dating as the two had to have been contemporaries. It is safe to assume that Ugarit fell during the first half of Siptah’s and Twosret’s term, when Bay was still alive, i. e. between 1193 and 1189 BCE. From the same time period, we also have a broken fayence vessel with the cartouche of Queen Twosret. It was found in the destruction debris of Tell Deir Alla, Jordan, next to pieces of pottery from the LH IIIB period.

Meanwhile, even the exact day of the raid on Ugarit was able to be determined. On 21 January 1192 BCE (according to the Julian calendar) at midday, there was a total eclipse of the sun. The path of the central shadow ran in a line from Libya/Egypt towards Cyprus/Turkey through the Eastern Mediterranean – directly across Ugarit. An Ugaritic scribe took the eclipse as an occasion to write a message on a cuneiform tablet that was intended for the royal palace. Unfortunately it could not be delivered because the Sea Peoples had raided the city.

Sea Peoples and Luwians are one and the same

The times specified in the Sea Peoples’ inscriptions of Medinet Habu seem to be condensed in a telescope-like manner. This has been common practice in inscriptions of earlier pharaohs. Ramesses III apparently took over leadership of the country on 7 March 1182 BCE. The eighth year of his term, when he and his army reportedly fended off the Sea Peoples, would have been 1174 BCE. However, the upheavals that are indeed documented archaeologically and historically took place almost twenty years earlier.

Nevertheless, the reports are still useful. Firstly, they contain various original observations that are unlikely to have been invented by the scribes. Among them is the emphasis that the foreigners formed an alliance. Obviously a new political and military power had formed in the Eastern Mediterranean, one that was dangerous for the other long-established states. And fortunately, the scribes indicated the provenance of the attackers and even provided their peoples’ names. The Egyptians used the term Hau-nebut for the Sea Peoples, which stands for the “inhabitants of the Aegean.” The names of the individual tribes are to a large extent identical with those of the mercenaries who fought alongside Muwatalli II during the Battle of Kadesh in 1274 BCE. At the time, the Hittite king had gathered 12,000 Hittite soldiers as well as 8,000 mercenaries. Inscriptions in the Luxor Temple state who these allies were – the neighbors of the Hittites in the west and in the southeast. As a consequence, in recent years the majority of scholars appear to accept the view that the starting point of the unrest during the Sea Peoples’ invasions was the Aegean Sea, in particular western and southern Anatolia. A number of the tribes listed in the Egyptian inscriptions can be located in western Asia Minor, for instance the Lukka at the southwestern tip of Asia Minor – and this is indeed the area where the Sea Peoples’ ships were first sighted. In fact, there are numerous hints that the so-called Sea Peoples were a military alliance of western Anatolian petty states.

Now the northern countries which were in their islands were quivering in their bodies. They penetrated the channels of the river mouths [the Nile Delta]. They struggle for breath, their nostrils cease. His Majesty is gone out like a whirlwind against them fighting on the battlefield like a runner, the dread of him and the terror have entered their bodies, they are capsized and overwhelmed where they are. Their heart is taken away and their soul is flown away, their weapons are scattered upon the sea.

The speaker (Ramesses III?) couches a smattering of details in a metrical structure larded with high-flown figures of speech, and clearly strives for rhetorical effect rather than reasoned argument. A superficial reading which takes metaphors, simile and metonymy at face value can only result in eggregious error attempting to reconstruct the event.

There is some evidence that some of the people involved in the [Sea Peoples’] migrations had been at home in western Asia Minor, while other groups joined in during the course.