The Symbolic Meaning of Yazılıkaya 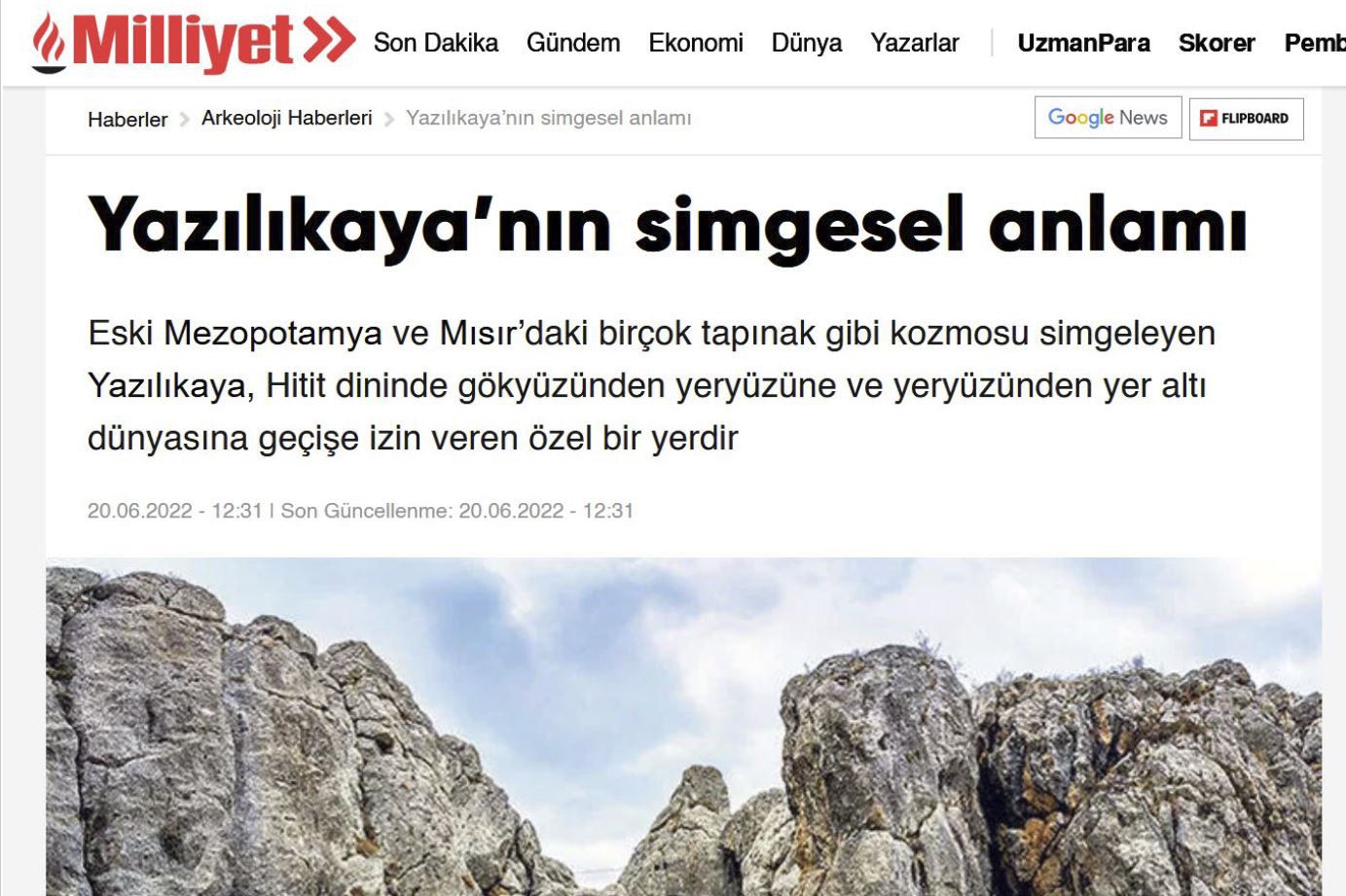 The Yazılıkaya rock sanctuary near Hattusa is a special place in Hittite religion. Recently, an international team of researchers found out that this sanctuary, like many temples in ancient Mesopotamia and Egypt, symbolizes the cosmos. It depicts the deities who watch over heaven, earth and underworld and enables the transition between these spheres of the cosmos. Parallel to the extensive scientific publication which has been translated into Turkish, a comprehensive Turkish summary of the most important results has now been published in Milliyet Journal of Archeology (Milliyet Arkeoloji Dergisi).

As early as 1941, Kurt Bittel, the then excavator of Hattusa and Yazılıkaya, recognized that the Hittite spring sanctuary of Eflatun Pınar can only be a representation of the Hittite view of the world. It turns out that Yazılıkaya also symbolizes the cosmos but is less schematic than Eflatun Pınar and therefore provides a more detailed picture of Hittite cosmology.