The truth about James Mellaart 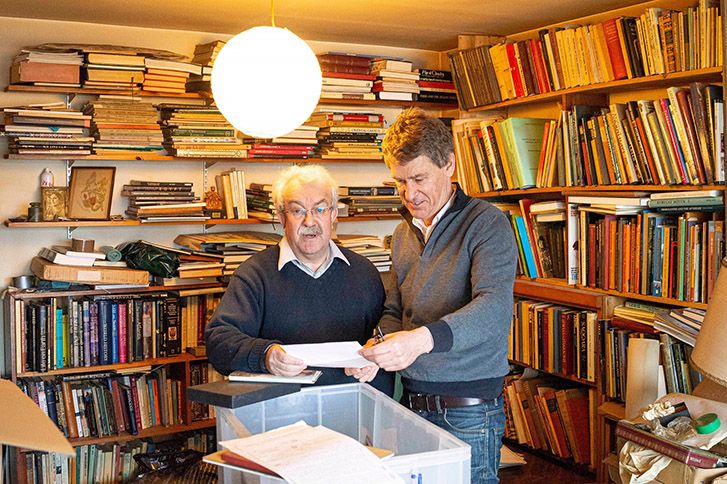 Did the English prehistorian James Mellaart (1925-2012) invent drawings of certain artefacts and allegedly Late Bronze Age documents? This question, open for more than half a century, can now be put to rest. An examination of his estate in February 2018 by Alan Mellaart, the son and heir of James Mellaart, and Eberhard Zangger revealed material that leaves no doubt: James Mellaart lived in a fantasy world for several decades!

James Mellaart was undoubtedly one of the great pioneers of archaeology in Anatolia. He discovered almost single-handedly the Neolithic of Asia Minor and carried out excavations in Beycesultan, Hacılar and Çatalhöyük. The finds from these digs are among the highlights of the archaeological museums of Turkey.

The discovery that James Mellaart, in addition to the genuine finds made in excavations, also invented drawings and texts on a large scale, was only possible because he had kept not only the final products of his creative work, as it was intended for publication, but also drafts and sketches.

The scientific discussion of the material found in the estate of James Mellaart has now been published (https://luwianstudies.academia.edu/EZangger). In addition, easily understandable summaries are available in English, German and Turkish.