Who are the Luwians? 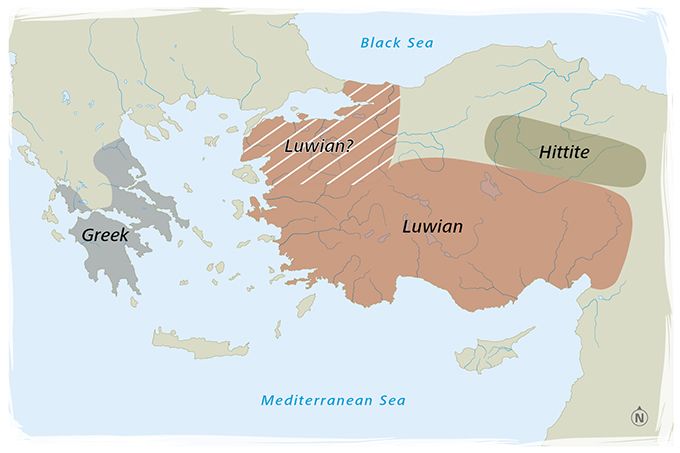 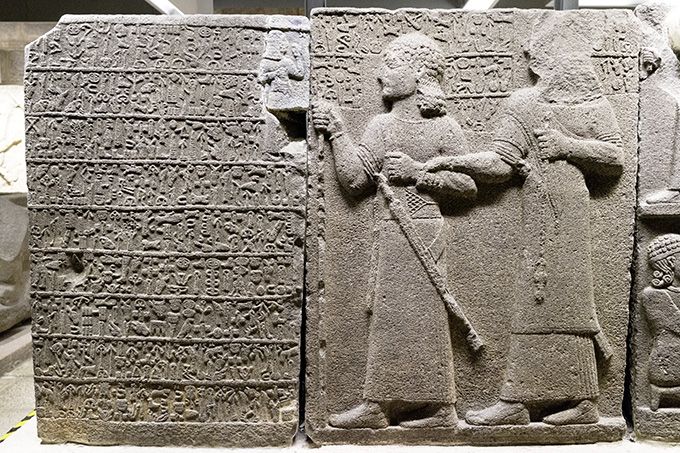 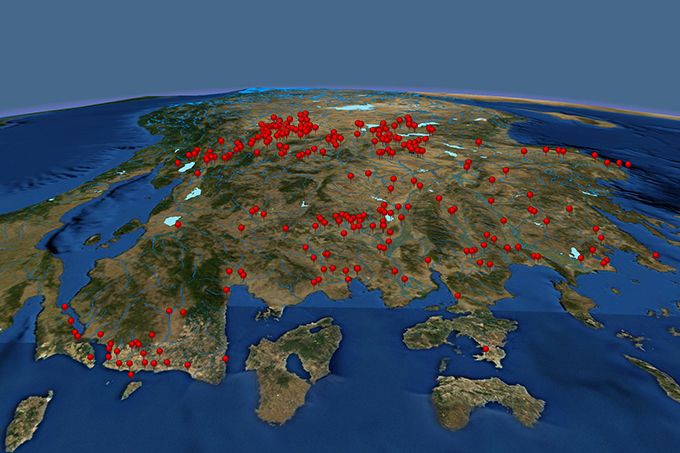 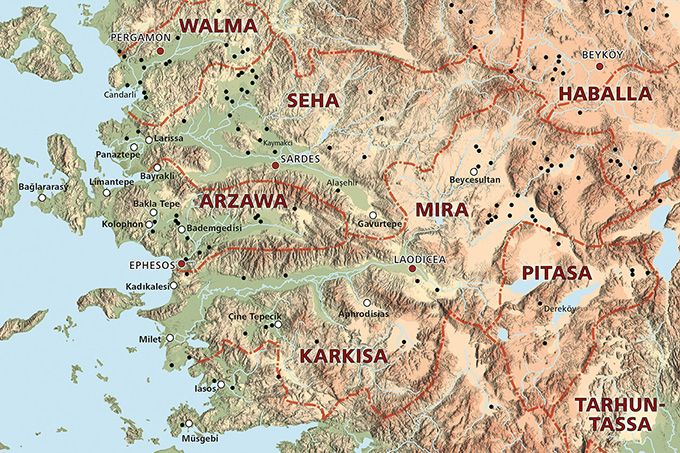 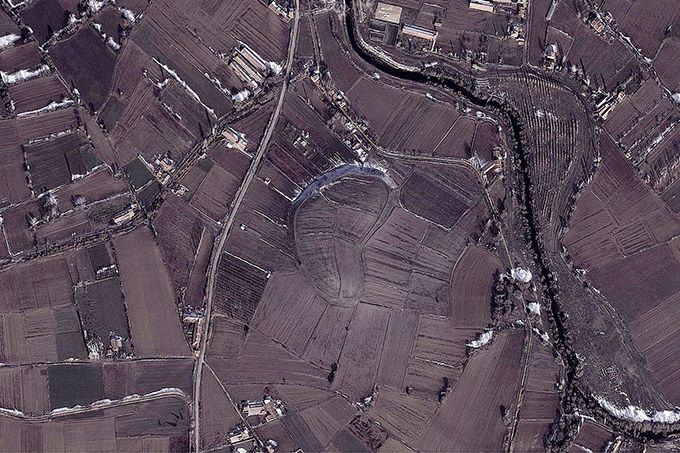 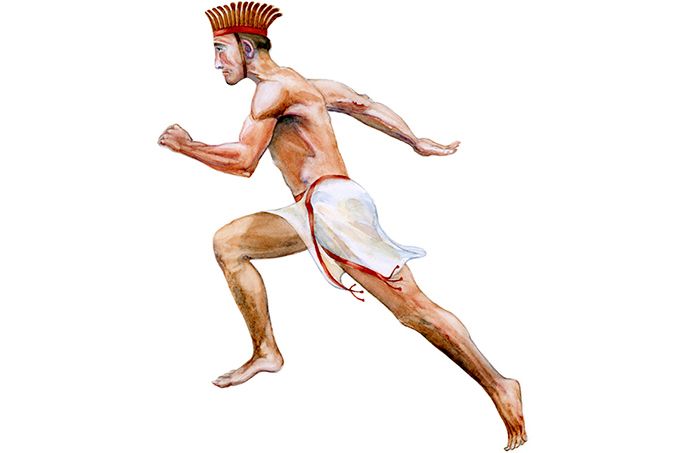 The region where Luwian was spoken at the end of the Bronze Age was much larger than the one where Hittite was spoken (according to Brill's New Pauly 2012).
Basalt orthostat from a royal buttress in Karkamış bearing a Luwian inscription from 900-700 BCE.
Using a geographic information system researchers at the foundation Luwian Studies for the first time recorded and evaluated 340 settlements of the 2nd mill. BCE in western Turkey.
Known settlement sites, excavations, possible major cities, the location of petty states and natural boundaries at the time of the Trojan War can now be shown in context.
The kidney-shaped settlement mound Tavşanlı Höyük in the center next to the city of the same name is 400 x 300 m in size and was settled until 1200 BCE. (© Google, Digital Globe)
Sea Peoples with feather crowns bear the name Tekker, which is reminiscent of “Teucrians,” a term commonly used for the Trojans after 1200 BCE. (© Rosemary Robertson)

The Luwian culture thrived in Bronze Age western Asia Minor. It has thus far been explored mainly by linguists, who learned about Luwian people through numerous documents from Hattuša, the capital of the Hittite civilization in central Asia Minor. Only a few excavations have thus far been conducted in formerly Luwian territories. Therefore, excavating archaeologists have not been taking Luwians into account in their reconstructions of the past. Once Aegean prehistory considers Western Asia Minor and its people, it becomes possible to develop a plausible explanation for the collapse of the Bronze Age cultures around the Eastern Mediterranean.

Possibly due to its vast extent and complicated topography, for thousands of years the majority of western Asia Minor was politically fragmented into many petty kingdoms and principalities. This certainly weakened the region in its economic and political significance, but it also delayed the recognition of a more or less consistent Luwian culture.

From a linguistics point of view, however, the Luwian culture is relatively well known. From about 2000 BCE Luwian personal names and loanwords appear in Assyrian documents retrieved from the trading town Kültepe (also Kaniš or Neša). Assyrian merchants who lived in Asia Minor at the time described the indigenous population as nuwa’um, corresponding to “Luwians.” At about the same time, early Hittite settlements arose a little further north at the upper Kızılırmak River. In documents from the Hittite capital Hattuša written in Akkadian cuneiform, western Asia Minor is originally called Luwiya. Hittite laws and other documents also contain references to translations into “Luwian language.” Accordingly, Luwian was spoken in various dialects throughout southern and western Anatolia. The language belongs to the Anatolian branch of Indo-European languages. It was recorded in Akkadian cuneiform on the one hand, but also in its own hieroglyphic script, one that was used over a timespan of at least 1400 years (2000–600 BCE). Luwian hieroglyphic ranks, therefore, as the first script in which an Indo-European language is transcribed. The people using this script and speaking a Luwian language lived during the Bronze and Early Iron Age in Asia Minor and northern Syria.

A gap between linguistics and prehistory

Thanks to the over 33,000 documents from Hattuša, the capital of the Hittite Kingdom, linguists have been able to gain a comprehensive insight into Luwian culture. Some fundamental publications include the book Arzawa, by Susanne Heinhold-Krahmer (1977); The Luwians, edited by H. Craig Melchert (2003); and Luwian Identities, edited by Alice Mouton and others (2013). Field-oriented excavating archaeologists, on the other hand, never mention Luwians in their explanatory models. The current knowledge regarding the Aegean Bronze Age has been summarized in a number of recently published voluminous works, without attention to any Luwian culture.

For a number of reasons discussed elsewhere, recognition of a Luwian civilization seems to have been delayed. The gap between linguistics and prehistory regarding the investigations of the Luwians has existed for almost a century, since Emil Forrer, the Hittitologist who first identified the Luwian language in the tablets from Hattuša, recognized the significance of the Luwians as early as 1920.

Today, the term “Luwian” is well-established to denote a language, a script and an ethno-linguistic group of people who commanded either one or both of them. Since most Luwian hieroglyphic documents have thus far been found in Early Iron Age Syria and Palestine, the term Luwian is often used to denote people at the eastern end of the Mediterranean during the 10th and 9th century BCE. However, Luwian hieroglyphic script occurs as early as 2000 BCE in western and southern Asia Minor as well. Therefore, the term Luwian is also applied to the indigenous people who lived in western and southern Anatolia – in addition to the Hattians – prior to the arrival of the Hittites and during the Hittite reign. In the context of this website, the term Luwian is used in a third sense – in a geographic and chronological context. It comprises the people who lived in western Asia Minor during the 2nd millennium BCE between the Mycenaeans in Greece and the Hittites in Central Anatolia, and who would not have regarded themselves as belonging to either one of the aforementioned cultures. This definition is no different from the ones we use today. Every person belongs to an ethno-linguistic group, and everyone lives in a certain jurisdiction – but of course, the two do not have to be identical. In the context of this website, the jurisdiction – Middle and Late Bonze Age western Asia Minor – and the people living within it are the focal point of attention, and not their ethnic provenance.

It turns out that the Luwians were a far greater people than the Hittites … It is becoming increasingly apparent that the culture of the Hatti Kingdom had been established in all parts by the Luwians and taken over by the Hittites.

Asia Minor in pre-Hittite times was clearly divided into a western and an eastern half each with its characteristic culture. Both halves were ethnically and linguistically different. The western cultural area, with which we are most concerned, was eventually to be occupied by the Luwians.

It is generally assumed that western Asia Minor was to a large extent – if not completely – Luwian.

Luwians must have been as important for the history of Bronze Age Anatolia as were the Hittites.

The Luwians played at least as important a role as the Hittites in the history of the Ancient Near East during the second and first millennia BCE, but for various reasons they have been overshadowed and even confused with their more famous relatives and neighbors.

The Luwians [are] one of the most important yet elusive peoples of the ancient Near East.

The beginning of the new millennium brought a sharp increase in interest in Luwian Studies.

Already in 1986, [Harvard professor of linguistics Calvert] Watkins interpreted the names of leading Trojans (Priam, Paris) in the Iliad to be Luwian.

Inscription on an altar in Kom al-Samak in western Thebes dating to the time of Amenhotep III, after Arielle P. Kozloff 2012, 165