Yazılıkaya as a lunisolar calendar 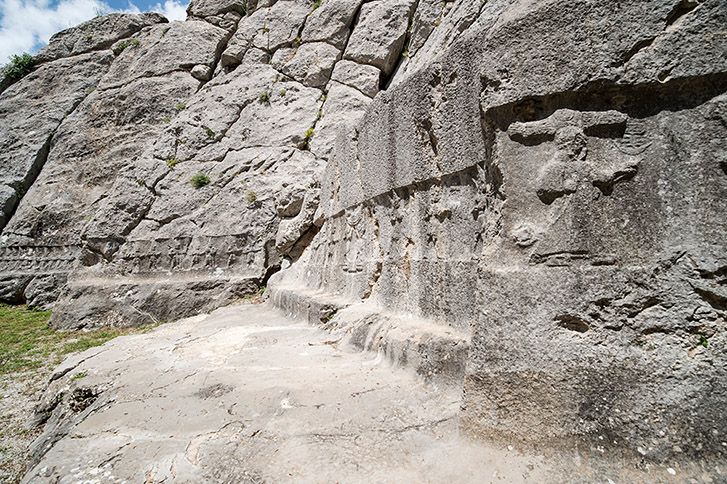 The exceptional rock sanctuary Yazılıkaya, part of the Hittite capital Hattusa, contains all the elements required to operate a lunisolar calendar. The reliefs in its Chamber A can be divided in groups comprising 12 lunar months, a maximum of 30 days of the lunar month and 19 years – at which point, after 6940 days, the cycle repeats itself.

The archaeologist and astronomer Rita Gautschy and the geoarchaeologist Eberhard Zangger present this interpretation in a scientific article which just appeared in the Journal of Skyscape Archeology. They had already discussed the results of their five-year study with an expert audience at the conference of the European Society for Astronomy in Culture (SEAC) in Graz in the summer of 2018. During the upcoming conference of the European Association of Archaeologists in Bern, 4-7 September 2019, Eberhard Zangger will also give a lecture on the technical reconstruction of the rock sanctuary.

The scientific publication “Celestial Aspects of Hittite Religion: An Investigation of the Rock Sanctuary Yazılıkaya” is written in English and since it is “open access” may be freely downloaded and shared.