Lecture by Dr. Tijmen Pronk on Indo-European and Anatolian languages 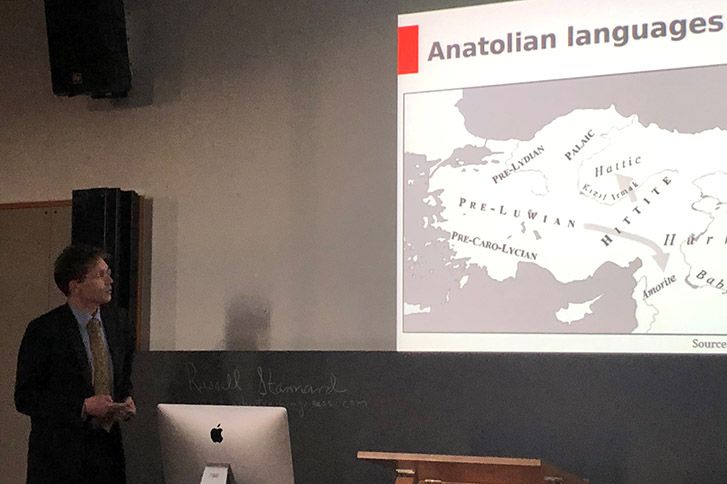 Dr. Tijmen Pronk from the Institute for Comparative Indo-European Linguistics at the University of Leiden gave a highly exciting lecture on “Indo-European, Anatolian and the Secondary Products” at the invitation of the Luwian Studies Foundation and the Institute for Comparative Linguistics at the University of Zurich on January 31, 2020. The topic coincides perfectly with the foundation’s goal of researching the Middle and Late Bronze Age in western Asia Minor.

The lecture dealt with the relevant Indo-European and Anatolian terminology and addressed the related archaeological facts and possible consequences. Ultimately, it is always a question of where and when Proto-Indo-European was spoken.