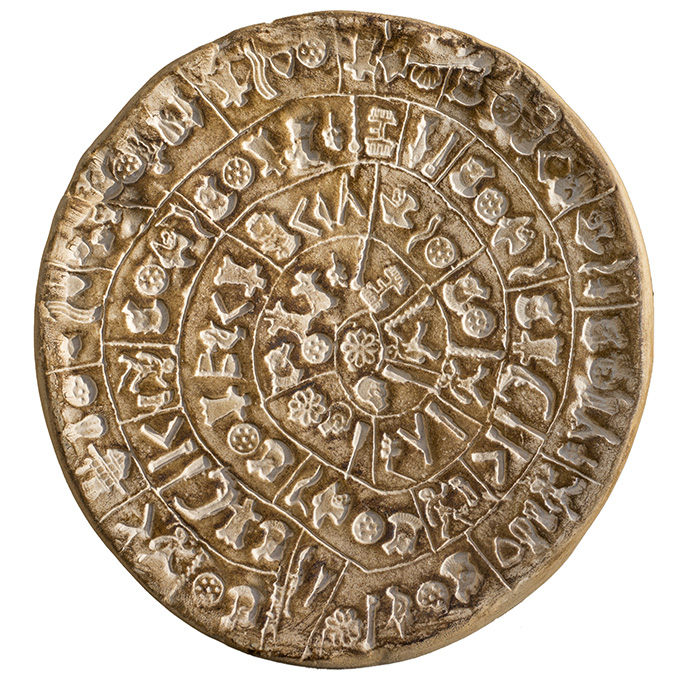 Few objects in archaeology have been subject to as much controversy as the Phaistos Disc – a 15-cm-diameter disc made of fired clay in which over 240 spirally-arranged motifs were printed with individual stamps. The disc was found on July 3, 1908 during the excavation of the Minoan palace of Phaistos, near the south coast of Crete. It has become notorious, because it appears to record an isolated script and language. Among the countless attempts to decipher the disc, one stands out. It was first presented in 1988 by the prehistorian Prof. Jan G. P. Best of Amsterdam University and the Dutch linguist Dr. Fred Woudhuizen. The authors recognized many parallels between known Luwian hieroglyphs and the script on the Phaistos disc – to the extent that the inscription became readily readable. Luwian Studies now provides this translation in full.